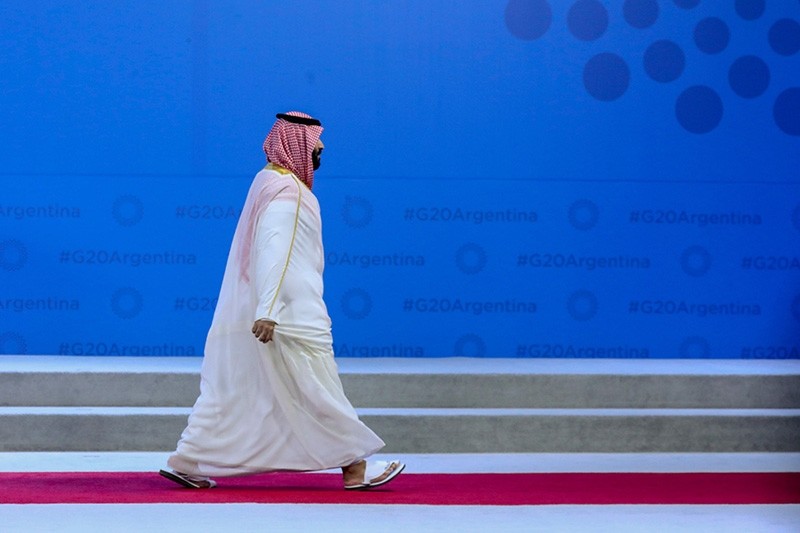 The CIA claims that Saudi Crown Prince Mohammed bin Salman may have ordered the killing of journalist Jamal Khashoggi in messages he sent to the leader of killing squad, the Wall Street Journal reported Saturday.

"At least 11 messages to his closest adviser, who oversaw the team that killed journalist Jamal Khashoggi, in the hours before and after the journalist's death in October," it said, citing a classified CIA assessment.

The crown prince told his close circle last August that if they failed to bring back Khashoggi "we could lure him outside Saudi Arabia and make arrangements."

Khashoggi, a Saudi journalist working for The Washington Post, was killed shortly after he entered the Saudi Consulate in Istanbul on Oct. 2.

After weeks of saying he had left the consulate alive, the Saudi administration later admitted he was killed there, blaming his death on a group of rogue Saudi operatives.

According to the CIA document, the messages were sent to Saud al-Qahtani, who was the top aide of the crown prince.

"Qahtani supervised the 15-man team that killed Mr. Khashoggi and, during the same period, was also in direct communication with the team's leader in Istanbul, the assessment says," the Journal reported.

The U.S. in November put sanctions on 17 people tied to the killing of Khashoggi, including al-Qahtani.

In the following days, the CIA concluded that Khashoggi's murder was ordered by the Saudi crown prince.

Rejecting the reports, U.S. President Donald Trump, who is accused of close ties with bin Salman, said, "maybe he did and maybe he didn't."