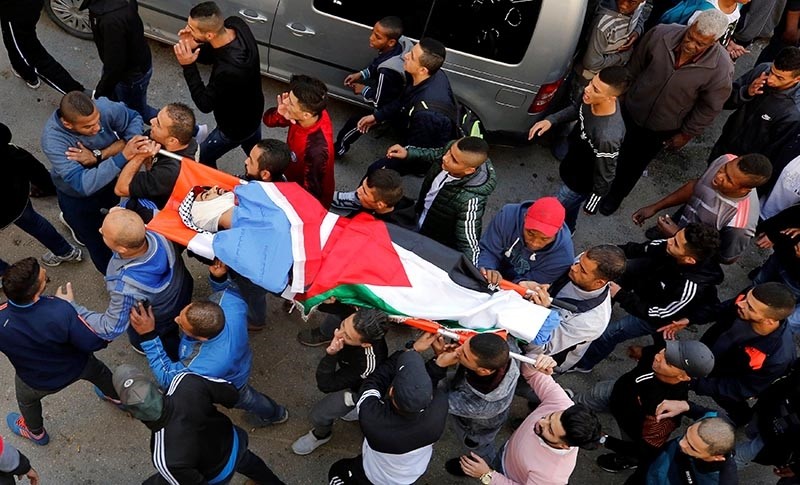 Mourners carry the body of Palestinian man Mohammed Habali during his funeral in Tulkarm refugee camp near Tulkarm in the occupied West Bank Dec. 4, 2018. (Reuters Photo)
by Anadolu Agency Dec 04, 2018 12:00 am

A mentally disabled Palestinian teenager was killed on Tuesday by Israeli army fire in the occupied West Bank city of Tulkarm, according to a local medical source.

Mohammed Hossam Habali, 22, was shot in the head by Israeli soldiers during a dawn raid in western Tulkarm, the source said on condition of anonymity because he was not authorized to speak to media.

"He was admitted to hospital where he died of his wounds," the source said.

"Habali was shot as he was standing nearby his home," Palestinian activist Sami al-Saei said.

There was no comment from the Israeli military on the report.