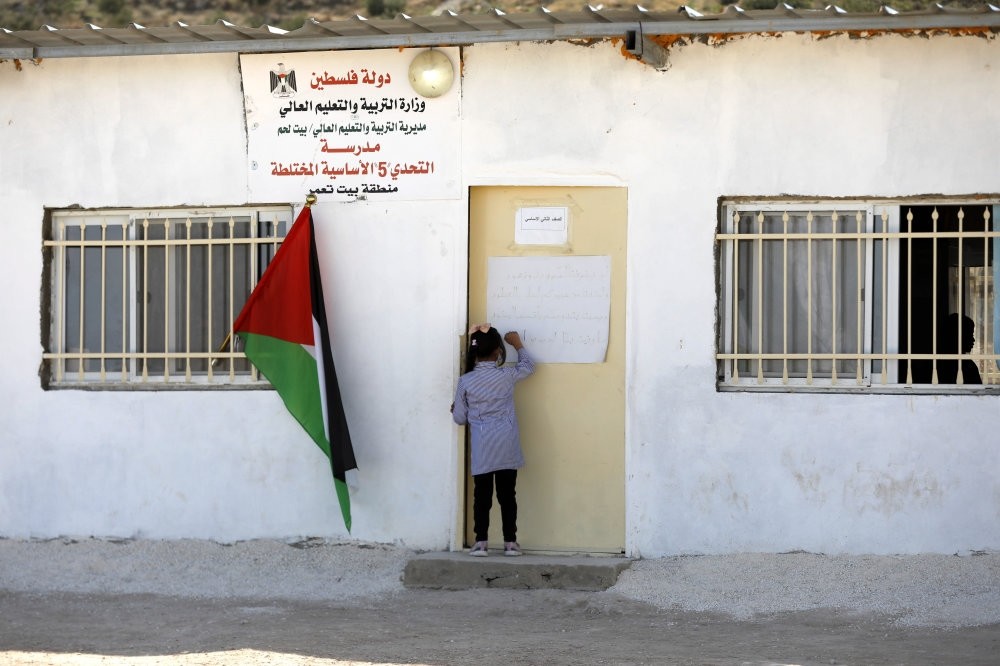 Palestinian children living in the occupied territories are subjected to Israeli violence targeted at their schools.
by Daily Sabah with AA Dec 06, 2018 12:00 am

Destroying hope and the means of education – as well as the future – for Palestinian children and youth, Israeli military forces have ramped up the demolition of Palestinian schools, demolishing a school in a Bedouin community in the West Bank city of Hebron.

"Israeli bulldozers brought down the al-Tahadi 13 school without any prior notice," Rateb Jabour told Anadolu Agency (AA). He said the school, which accommodates about 50 students, was scheduled to open later this week. According to Jabour, Israeli forces cited construction without a permit as the reason to demolish the school. He said the school was part of a program by the Palestinian Education Ministry to build mobile classrooms for children in vulnerable communities across Area C in the southern West Bank.

Palestinian schools have long been subjected to Israeli violence. In February, the U.N. Office for the Coordination of Humanitarian Affairs (OCHA) said that at least 45 schools in Palestine were facing the threat of destruction by the Israeli authority. In a statement, the OCHA acting coordinator for the occupied Palestinian territories, Roberto Valent, pointed out that a Palestinian school in East Jerusalem was destroyed by Israeli soldiers and added: "The demolition was carried out on the grounds of a lack of Israeli-issued permits, which are nearly impossible to obtain." The Ramallah-based Palestinian government called for urgent international action to stop Israeli behavior that violates Palestinian children's right to an education.