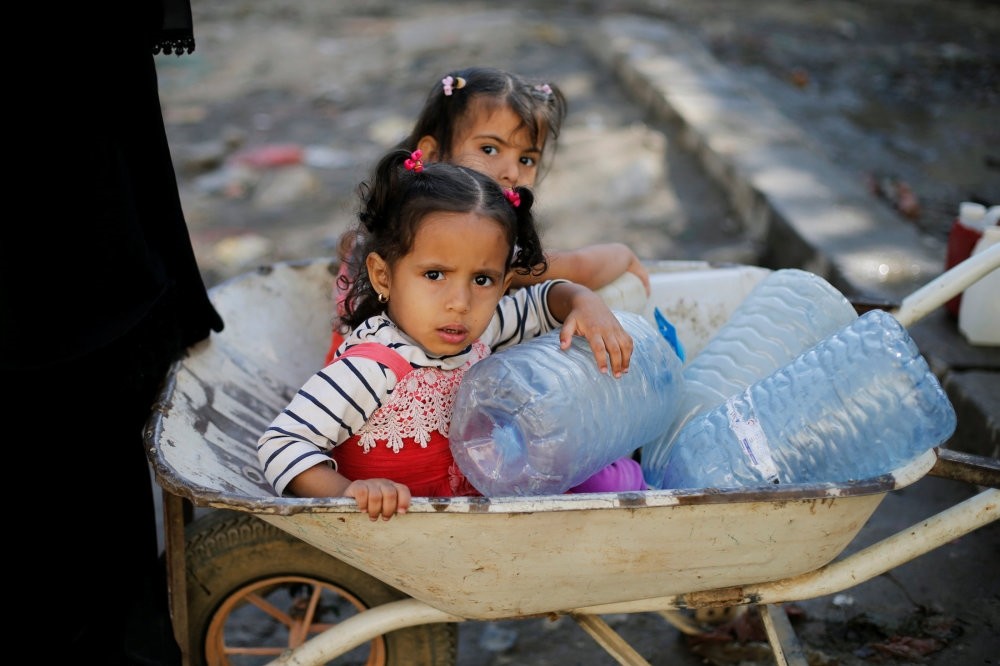 The humanitarian crisis in Yemen is likely to become the world's worst, unless concrete progress is made at U.N.-brokered peace talks

Facing the worst humanitarian crisis in the region, war-torn Yemen will become the worst country in need of aid next year, the United Nations has warned. In a report by the United Nations Office for the Coordination of Humanitarian Affairs (OCHA), the international organization pointed out that Yemen needs more than $4 billion for basic assistance.

OCHA says $21.9 billion is needed next year for food, shelter, health care, education, protection and other assistance. It predicts nearly 132 million people in 42 countries will need assistance. OCHA also states that the ongoing conflict in Yemen is one of the main reasons why next year's funding appeal is so high.

The conflict has left over 8 million Yemenis facing famine although the United Nations has warned this could rise to 14 million. Three-quarters of the population, or 22 million, rely on aid. World Food Program (WFP) chief David Beasley said in Geneva that an upcoming food security report would show an increase in severe hunger rates in Yemen – where a child dies every 11 minutes – but not necessarily meet the criteria of famine.

In the latest diplomatic bid to end the civil war, Yemen's warring parties will meet in Sweden this week for another attempt at talks aimed at halting their catastrophic war, but there are few incentives for major compromises, and the focus is likely to be on firming up a shaky de-escalation. U.N. officials say they don't expect rapid progress toward a political settlement, but hope for at least minor steps that would help to address Yemen's worsening humanitarian crisis. Confidence-building measures before the talks included a prisoner swap and the evacuation of wounded rebels for medical treatment. The release of funds from abroad by Yemeni President Abed Rabbo Mansour Hadi to pay state employees in the rebel-held territory is also in the works.

If the talks show results, "it is possible that we could find by the second half of the year that the extreme edge could get taken off the suffering of those people who have no form of income," OCHA chief Mark Lowcock said, while noting that diplomatic gains were difficult to predict.

Yemen has been wracked by conflict since 2014, when the Shiite Houthi rebels overran much of the country. Crown Prince Mohammed bin Salman (MBS), the former defense minister, and Saudi Arabia's allies launched Operation Decisive Storm in March 2015. The outrage over the killing of journalist Jamal Khashoggi in Saudi Arabia's Consulate in Istanbul has increased scrutiny on Riyadh's role in conflicts in the region, potentially giving Western powers, which provide arms and intelligence to the Saudi-led coalition, greater impetus for action.

Civilians have borne the brunt of the conflict. The last available U.N. figure for the civilian death toll was in 2016 and stood at more than 10,000. The Armed Conflict Location & Event Data Project, which tracks violence in Yemen, puts it at around 57,000 people. U.N. agencies say that 14 million people are at risk of starvation in Yemen. In September, the Saudi-led coalition admitted that mistakes were made in an August airstrike that killed 40 children, an event considered an apparent war crime by the U.N. human rights body. Saudi Arabia's alleged human rights violations are not limited to the continuing war in Yemen.