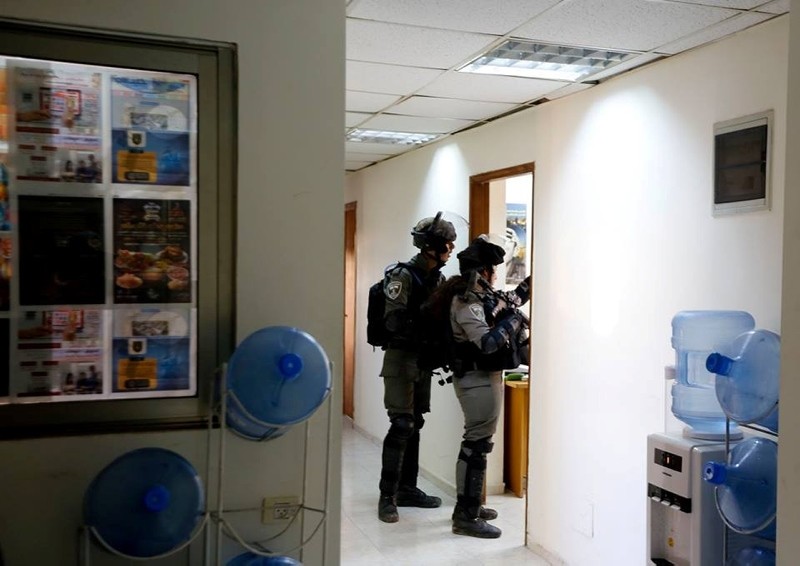 An Israeli military official in the occupied West Bank city of Ramallah held journalists inside a room of the building and fired tear gas canisters at them.

Clashes erupted between Palestinian youths and the Israeli army in the vicinity of the agency headquarters following a raid by Israeli forces.

The Palestinian Red Crescent Society said its crew has provided medical treatment to two Palestinians injured by live bullets, four injured by rubber-coated metal, and 32 others who suffered suffocation due to teargas.

The ministry said the demonstrators were injured by Israeli live bullets during the 19th maritime march as part of the popular Palestinian rallies known as "the Marches of Return".

On Monday evening, dozens of Palestinians staged a protest march along the Gaza-Israel maritime border to demand an end to Israel's decades-long occupation.

Since March 30, Palestinian protesters in Gaza have demanded the right to return to their homes and villages in historical Palestine, from which they were driven in 1948 to make way for the new state of Israel.

In recent months, Palestinian human rights organizations and international organizations, including the United Nations, have warned of the consequences of the deterioration of humanitarian conditions in Gaza due to Israeli restrictions on the besieged coastal enclave since 2006.