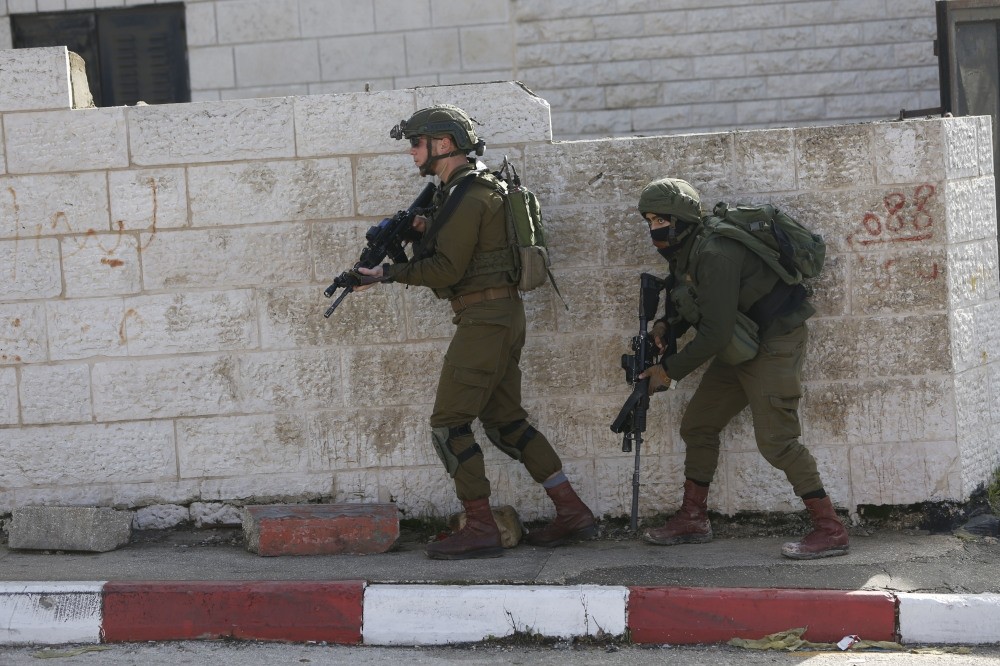 Israeli army stepped up attacks against official Palestinian institutions in the occupied West Bank city.
by Compiled from Wire Services Dec 12, 2018 12:00 am

In a renewed appeal to the international community, Palestinians called for protection after oppressive Israeli practices, such as raids and attacks, against official Palestinian institutions, including news agencies

The secretary-general of the Palestine Liberation Organization (PLO) called for the international protection of Palestine on Monday following fresh Israeli raids across the occupied West Bank. Appealing to the international community, Saeb Erekat urged swift action to hold Israel responsible for its "aggression on media and official Palestinian institutions," which he added was supported by U.S. President Donald Trump's administration.

They seized the security camera footage of a nearby building, according to employees. Two people were hit with live bullets during the clashes, according to the Palestinian Red Crescent. Dozens of Palestinians affected by teargas canisters fired by the Israeli army, paramedics told Anadolu Agency (AA). Israeli armed forces also rounded up 16 Palestinians in raids in Ramallah and al Bireh to the northeast in response to a shooting near the Ofra settlement in the central West Bank which injured six Israelis.

Considering the recent Israeli escalation, Palestinian President Mahmoud Abbas announced that he would make a series of urgent contacts with international parties "in order to ask them to shoulder their responsibilities" toward Israeli violence against Palestinians in the occupied territories, according to WAFA.

International law continues to view East Jerusalem, along with the entire West Bank, as "occupied territory" and considers all Jewish settlement construction there to be illegal. Jerusalem remains at the heart of the decades-long Middle East conflict, with Palestinians hoping that east Jerusalem, occupied by Israel since 1967, might one day serve as the capital of a Palestinian state.

U.S. President Trump's unilateral recognition of Jerusalem as the capital of Israel has triggered global outcry. Palestinians have long been frustrated with a lack of movement in peace efforts as well as anger with President Trump, who they accuse of being unfairly biased toward Israel. Twenty-five years after the Oslo accords, peace seems far out of reach. Peace efforts have been at a standstill since a U.S.-led push collapsed in 2014.

The U.S. administration under Trump has been forcing Palestinian factions to surrender to Israeli demands and to give up the two-state solution. Trump has been heavily criticized by the Palestinians for a series of moves that they say show distinct bias toward Israel, starting with his recognition last year of Jerusalem as Israel's capital. His administration has also slashed aid to the Palestinians by hundreds of millions of dollars and ended U.S. support for the U.N. agency (UNWRA) that helps Palestinian refugees.

Since Trump's controversial Jerusalem move, the Palestinian Authority has rejected any U.S. mediation in the Middle East peace process. Palestinian President Abbas earlier compared the expected Trump peace plan to the 1917 Balfour Declaration, which saw the British government commit to the creation of a state for Jews in historic Palestine.