No peace in Israel until all Muslims leave, says PM Netanyahu's son 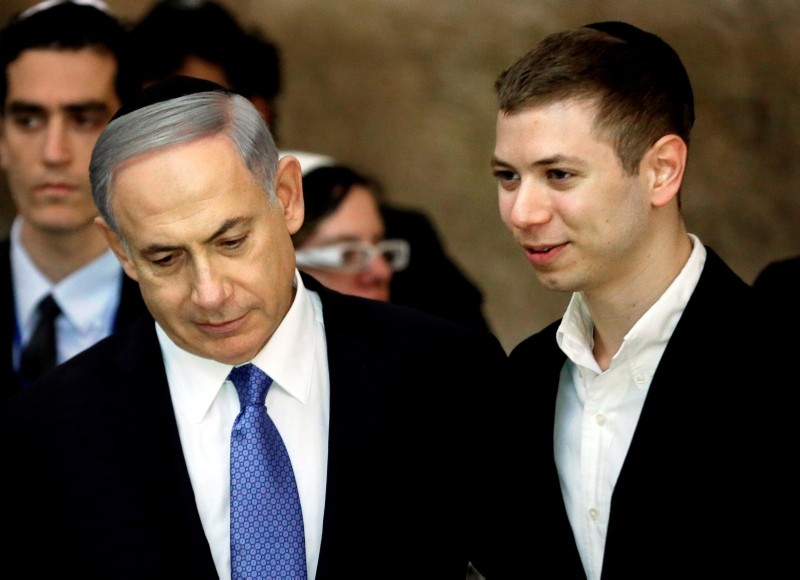 All Muslims living in Israel should leave the country for there to peace, Israeli Prime Minister Benjamin Netanyahu's eldest son Yair suggested on Facebook.

Criticized for his words, Netanyahu doubled down on his racist attacks by saying "Why are people who have been calling for years to evacuate the settlers and establish a Palestinian state free of Jews shocked by this post?"

Facebook then blocked Netanyahu for 24 hours over his violation of its community guidelines.

Yair's previous scandal was back in May when he posted a story on his Instagram account showing an image that read "F… Turkey" written on a Turkish flag with the crescent and star forming the "c" in the f-word.

In January, Israeli media published recordings that showed Yair joyriding at the expense of taxpayers to Tel Aviv strip clubs with his super-rich buddies, bragging how his father pushed through a controversial gas deal.

It's not only Yair in the Netanyahu family who is involved in scandals. His father and prime minister Benjamin and his mother Sara are implicated in bribery charges.

Israeli police said they believed there was sufficient evidence to charge Netanyahu and Sara with accepting bribes, fraud and breach of trust involving the country's telecom giant.