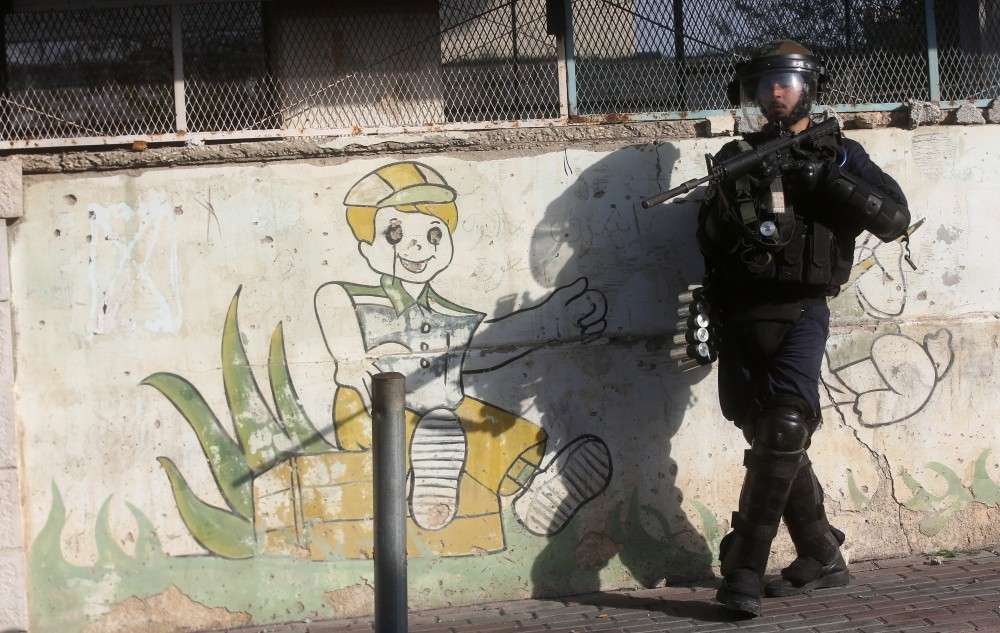 Israel has intensified violence against Palestinians in the occupied West Bank.
by Daily Sabah with AA Dec 19, 2018 12:00 am

Jewish settlers yesterday morning raided a Palestinian village in the Israeli-occupied West Bank and vandalized a mosque. The move came amid last week's serious Israeli escalation in the form of incursions into the occupied territories.

Eyewitnesses told Anadolu Agency (AA) that a group of settlers raided Yasuf village in Salfit province and spray-painted slogans in Hebrew on the walls of a local mosque and a number of homes. They also vandalized four cars and slit their tires.

Extremist Jewish settlers stage frequent attacks on Palestinians and their property in the occupied West Bank. Israel occupied the West Bank in the 1967 Six-Day War and hundreds of thousands of Jewish Israelis are now living in the territory, which is claimed by Palestinians for their future independent state. Some 500,000 Israelis live in the West Bank and East Jerusalem, areas that are also home to more than 2.6 million Palestinians. Palestinians have long argued that the Israeli settlements could deny them a viable and contiguous state.

Last week, Israeli security forces responded to the latest escalation of tensions by setting up checkpoints around Ramallah, effectively cordoning off the administrative center of Palestinians in the West Bank. As part of the continuation of Israeli incursions and attacks against the Palestinian people in the Palestinian cities, Israeli forces entered the Palestinian city of Ramallah on Monday and raided the offices of the official Palestinian news agency, WAFA. Palestinians said it was the first time Israel had taken the measure since the end of the second Intifada, or Palestinian popular uprising, in 2005.

The latest string of West Bank violence comes amid years-long diplomatic paralysis, diminishing hopes for peace and escalating Palestinian frustration with the policies of President Donald Trump, who Palestinians accuse of unfair bias toward Israel.