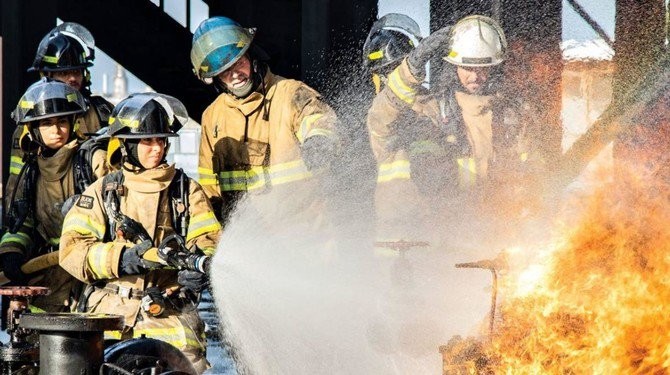 Two Saudi women became the country's first female firefighters after completing their training, in a rare move that is a part of a series of reforms, including the permission to drive and attend matches.

Saudi Aramco trained the two women as part of a program, Arabnews reported.

One of the women, an engineer by profession, said that she had been inspired by her father's work and that she fulfilled her "dream."

"I am happy to be part of this opportunity that represents equality, especially as I can get to work alongside my male colleagues," Abeer Al-Jaber said.

Women in Saudi Arabia are severely underrepresented in the job market, and make up under 23 percent of the national workforce.

One of the reasons behind the low female employment rate is transportation, according to a recent survey by the Chamber of Commerce of the Red Sea city of Jeddah.

In February, the kingdom authorized women to open their own businesses without the consent of a husband or male relative, and allowed them to drive in June.