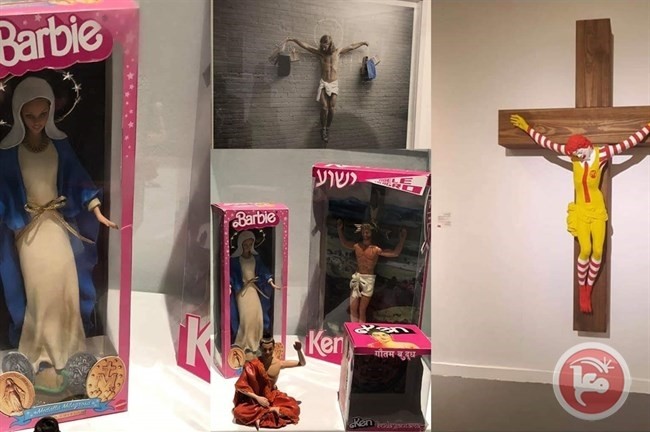 The display of art pieces mocking Jesus Christ and Virgin Mary inside a museum in Israel's Haifa caused uproar among the Christians who protested it for mocking a religious symbol, while religious officials condemned it saying what is suitable for people in Europe is not welcomed by the people in Israel, prompting officials to take action.

The artwork named "McJesus" was reportedly created by Finnish artist Jani Leinon and was being displayed in the Haifa Museum of Art.

Christians and Muslims who found the artwork offensive took to the streets to protest it, urging officials to immediately take them down.

Meanwhile, the Rev. Archimandrite Agapious Abu Sa'ada of the Greek Melkite Catholic Archeparchy of Acre told Haaretz that they denounce the exhibition and "injury to the holiest symbol of Christianity by an institution that is supposed to serve citizens of all religions."

The patriarchate also accused the Haifa municipality for allowing for such paintings and sculptures while the Christian world was celebrating Christmas.

It also demanded an apology for sponsoring such an event.

The Islamic-Christian Commission in Support of Jerusalem and the Holy Sites also condemned the exhibition, calling it "an obvious mockery of the image of Jesus Christ and his mother, the Virgin Mary, and an insult to all the heavenly religions and beliefs," as reported by the Palestinian news agency WAFA.

The group underscored that such incidents would "deepen animosity and hatred among people and provoke religious strife."

Following protests, the museum has put up a sign at the entrance of the exhibit, saying that it contains potentially offensive pieces.

Following the incidents, Israeli Culture Minister Miri Regev urged the museum director to remove the art piece from display, saying that she received "many complaints of serious offense caused to the Christian community's feelings" because of the artwork.

The minister also noted that the offensive art piece may damage the state funding for the museum as the state cannot support the display of offensive expressions targeting sacred symbols.