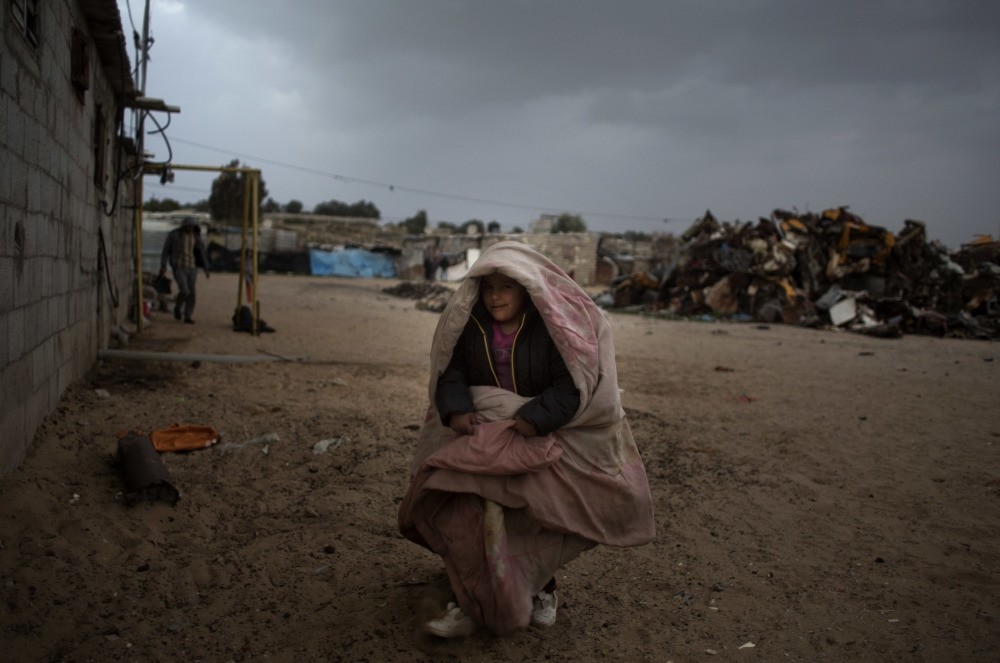 While thousands of impoverished Palestinians in Gaza and the West Bank are suffering drastic cutbacks in the level of food aid, the U.N. food agency announced further suspension of aid for some of its Palestinian beneficiaries in the occupied West Bank and Gaza Strip due to funding shortages.

Some 27,000 Palestinians have no longer been receiving aid through the United Nations program since Jan. 1 in the West Bank, said Stephen Kearney, the World Food Program (WFP)'s director for the Palestinian territories. Another 165,000, including 110,000 in Gaza, are receiving 80 percent of the usual amount, he said.

The cuts were decided upon after a gradual reduction in donations over the past nearly four years, with U.S. cuts having had the biggest effect.

The WFP launched a funding appeal on Dec. 19 and received additional contributions from the European Union and Switzerland, but the amount remains short, Kearney said. It said at the time that it was in need of $57 million. It will now seek contributions from new donors in an effort to fill the gap, he said.

Since 2007, the Gaza Strip has been under a crippling Israeli and Egyptian blockade that has gutted its economy and deprived its roughly 2 million inhabitants of many vital commodities, including food, fuel and medicine. In the long-embargoed enclave, the humanitarian situation has got worse each day. Israel's long-lasting blockade of the Gaza Strip has created chronic shortages in Palestinian health facilities. The humanitarian situation in the occupied Palestinian territories is deteriorating further as hospitals struggle to cope with high numbers of casualties since protests on the Gaza-Israel border began on March 30.

Last September, the World Bank warned that the Gaza economy was in "free fall," calling on Israel and the international community to take immediate action to avoid "immediate collapse" in the Palestinian territory. According to the bank, unemployment is now over 50 percent and over 70 percent among Gaza's youth. The poverty rate in the Gaza Strip has reached 80 percent amid more than a decade-long Israeli blockade, according to the Palestinian General Federation of Trade Unions. Dozens of Palestinians have long demonstrated against high unemployment rates in the Gaza Strip, which has been reeling under a crippling Israeli blockade.

Palestinians have been protesting at least weekly along the Gaza border in what they call the "Great March of Return." Protesters are demanding an end to the blockade and for Palestinian refugees to be allowed to return to homes their families fled in the 1948 war surrounding Israel's creation. Friday's protests were bigger than those in recent weeks. At least 220 Palestinians have been killed since the protests began, while one Israeli soldier has been shot dead over the same period. Israel was criticized by a U.N. human rights body for its killing of protesters in Gaza and treatment of Palestinians, declaring it a war crime under the Statute of Rome. The high casualty toll triggered a diplomatic backlash against Israel and new charges of excessive use of force against unarmed protesters.