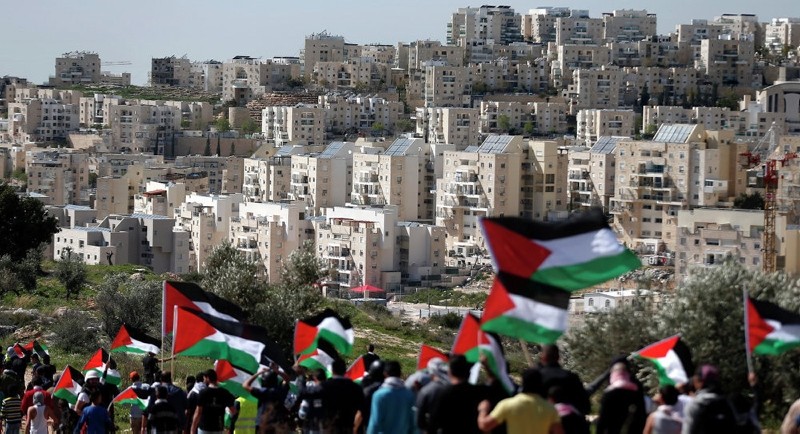 Israeli television said on Wednesday that U.S. President Donald Trump's Middle East peace plan would propose a Palestinian state on as much as 90 percent of the illegally occupied West Bank, with a capital in East Jerusalem - but not including its holy sites.

The White House, which has kept details of the plan under wraps and said its release could still be months away, dismissed the report by Israel's Reshet 13 TV as "inaccurate speculation."

Citing what it said was a source briefed by the Americans, the television report said the plan would entail Israel annexing Jewish settlement blocs in the West Bank while isolated settlements would either be evacuated or their construction halted.

Trump wants the proposed Israeli moves to be supplemented by territorial swaps with the Palestinians, and for East Jerusalem's walled Old City - site of major Jewish, Muslim and Christian shrines - to be under Israeli sovereignty but with the joint management of the Palestinians and Jordan, the report said.

It said "most Arab neighbourhoods" in East Jerusalem would be under Palestinian sovereignty as a future capital.

Israel calls all of Jerusalem its "eternal and undivided capital", a status not recognised internationally. The Palestinians want East Jerusalem, including the Al Aqsa mosque compound in the Old City, as capital of a future state.

The report made no mention of the fate of Palestinian refugees, another core dispute in the decades-old conflict, or of how the Gaza Strip, which is under the control of Hamas resistance group opposed to peace with Israel, might fit into the plan.

Israeli and Palestinian officials did not immediately respond to the Reshet 13 report.

Trump's Middle East peace envoy Jason Greenblatt, a main architect of the plan along with the president's son-in-law Jared Kushner, said in a message on Twitter the report "is not accurate." He did not specify, however, what in the report was incorrect.

"Speculation about the content of the plan is not helpful Very few people on the planet know what is in it ... for now," Greenblatt wrote. "Peddling false, distorted or biased stories to the media is irresponsible & harmful to the process."

In separate remarks to reporters, Israel's ambassador to the United Nations, Danny Danon, predicted that the Trump plan would not be released before an Israeli election on April 9.

Opinion polls predict an easy win that would secure a fifth term for Prime Minister Benjamin Netanyahu, a rightist whose U.S.-sponsored peace talks with Palestinian President Mahmoud Abbas stalled in 2014.

"From what we understand, it will not be presented before the election," Danon said. "It's a smart decision because we don't want it to become the issue of the elections."