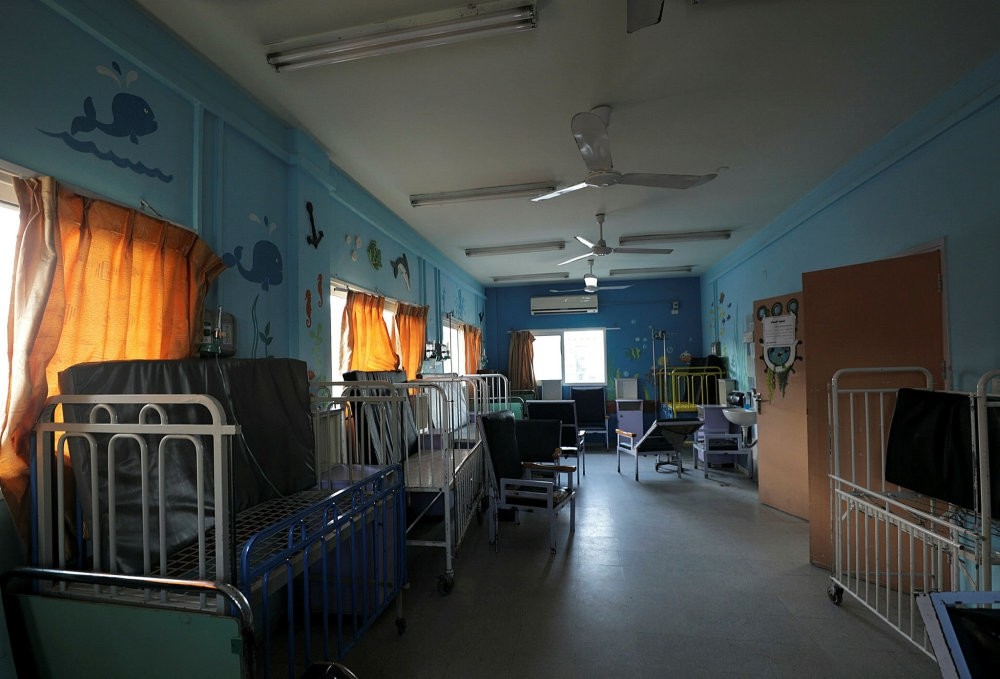 Warnings over a possible health crisis in the Gaza Strip under the Israeli blockade have escalated with the ongoing fuel shortage that lacks hundreds of patients' treatment in hospitals, threatening their lives.

Al-Mezan, a Palestinian human rights group, stated that 128 dialysis machines are non-operational due to the ongoing fuel crisis. This situation has lead to 30 children, out of 800 kidney dialysis patients, being unable to receive treatment, it also noted. The ongoing crisis will also lead to cancellation of more surgeries in the besieged Gaza Strip, the statement said, while urging to stop the humanitarian crisis under the Israeli blockade. Gaza's Health Ministry also warned that a continued shortage of fuel would have "catastrophic consequences" for hundreds of patients. Officials at the ministry in Gaza warned Wednesday that medical services at the Beit Hanoon Hospital in northern Gaza would soon stop completely due to the fuel shortage. "This means that 450,000 people will be deprived of the services and medical care that the hospital provides," said Abdulatif al Hajj, director of the hospitals in the Gaza Strip, as reported by dpa. He said the hospital had already been forced to stop doing surgical operations.

Earlier this week, Ashraf al-Qedra, the Health Ministry spokesman, had warned that generators would stop in the coming days, threatening the lives of 800 patients with renal failure who are dependent on dialysis machines.

Generators are used in Gaza during the hours when there is no general electricity supply. The electricity situation has improved since October with the first pair of fuel-loaded trucks entering blockaded Gaza from Israel through Kerem Shalom, Gaza's prime commercial crossing point and the only one with Israel. The truck that entered Gaza brought the first delivery out of a $60 million fuel donation by Qatar meant to provide the power plant with enough fuel to operate for six months, local sources said, Reuters reported. Fuel for generators at public hospitals, however, is funded by the World Health Organization (WHO), and Hamas says it does not have enough.

Home to more than 2 million people, the Gaza Strip, which continues to suffer under an Israeli siege, has struggled with severe electricity shortages since 2006. In the long-embargoed enclave, the humanitarian situation has got worse each day. Israel's long blockade of the Gaza Strip has created chronic shortages in Palestinian health facilities.

Gaza's economy has been further weakened by U.S. aid cuts and financial measures. Since 2007, the Gaza Strip has suffered under a crippling Israeli and Egyptian blockade that has gutted its economy and deprived its inhabitants of many vital commodities, including food, fuel and medicine. The cash-starved plant has been providing Gazans with only around four hours of electricity daily. Gaza's electricity company said the strip's sole power plant generates only 85 megawatts (MW), while 120 MW are purchased from Israel. According to the company, the seaside enclave needs about 560 MW of electricity to meet the needs of the Palestinian population there.