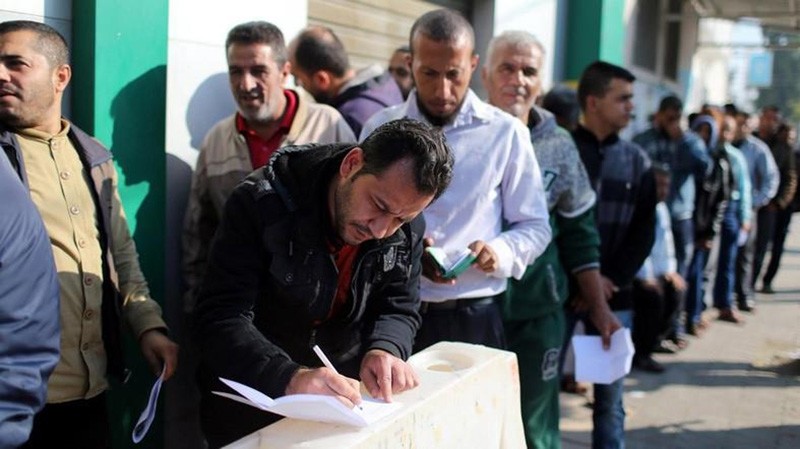 A third Qatari cash donation for impoverished Gaza civil servants will be made this week after it was held back by Israel in punishment for clashes at the border, a Qatari diplomat said Sunday.

Qatar in November began a six-month, $150 million program to fund civil servant wages and shipments of fuel for power generation in Gaza, offering a measure of reprieve to the blockaded enclave under the control of Palestinian group Hamas.

Qatar hopes the aid will ease conditions and restore stability, part of efforts to bolster its international standing amid a diplomatic dispute with Saudi Arabia and other Gulf neighbours.

Speaking from his office in Doha, Mohammed Al-Emadi, head of Qatar's Gaza Strip Reconstruction Committee, said the latest $15 million wage payment was initially withheld by Israel but would now arrive on Wednesday.

"Due to the violence on the border, the Israeli government postponed it. The agreement is subject to there not being too much violence, so last Friday they (Israel) approved to do the third tranche," Emadi told Reuters.

Gaza's health ministry has said more than 220 Palestinians have been killed by Israeli troops since March at border protests demanding an end to an Israeli-led blockade of the coastal strip.

Emadi said wage payments would not be physically carried by him in cash into Gaza as with previous disbursements but that a new system had been arranged. He declined to specify how it would work.

Emadi said Qatar would next push for a roughly $80 million electricity project that would have it effectively manage the strip's power supply, buying Israeli electricity in bulk and distributing it across Gaza while collecting payment from Palestinians in return.

"We will fund this project but I want to make sure I have control of the electricity so I can get my money back," he said of the plan, which would see Qatar build a power substation and network to end the need for costly fuel shipments.

"We need to find a solution for these 2 million people - this is our aim and goal. Not just to deliver money because Israel wants quiet or Hamas wants money."