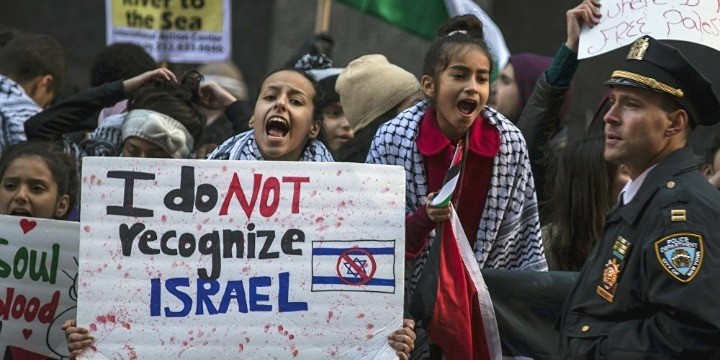 The Israeli government released a report Sunday purporting to reveal "close links" between the boycott movement Boycott, Divest and Sanction (BDS), Palestinian resistance movement Hamas and the Popular Front for the Liberation of Palestine (PFLP). The BDS, declining to comment on individual allegations, blasted the report as "wildly fabricated."

"This wildly fabricated and recycled propaganda report from the far-right Israeli government cannot be dignified with any response," it said.

Most of the cases in the 80-page report were based on somewhat vague accusations of affiliation or expressions of sympathy for militant groups, in some instances connected to acts that took place years ago.

A female Palestinian lawmaker cited in the report, for instance, has been jailed by Israel for over a year without being charged with a crime. At least two people on the list have received international recognitions for their human rights work.

A rare example of a person being convicted for a violent act was PFLP member Leila Khaled, who was involved in plane hijackings in 1969 and 1970, briefly jailed in Britain and released in a prisoner exchange. She is now 74 years old.

The BDS movement has grown in popularity overseas in recent years, in large part because of its nonviolent message.

Israel's Strategic Affairs Ministry, which leads the country's efforts against the boycott movement, said it uncovered extensive connections between pro-boycott groups and activists affiliated with Hamas and the Popular Front for the Liberation of Palestine.