Egypt parliament approves changes that could see Sissi rule until 2034 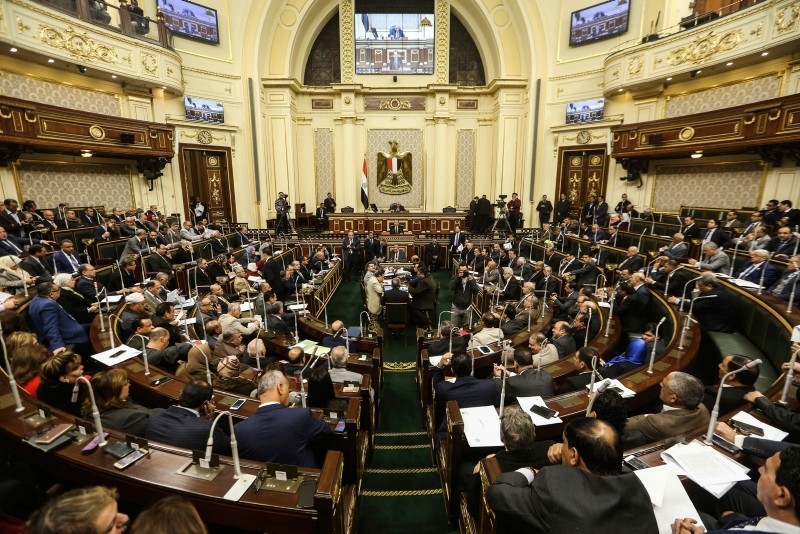 Egyptian lawmakers voted overwhelmingly on Thursday to extend term limits for President Abdel-Fattah el-Sissi until 2034, part of a package of constitutional amendments also set to further enshrine the military's role in politics that will now face a national referendum.

Of the 596-seat Parliament, 485 lawmakers backed the amendments, which could see the former general ruling for the length of four U.S. presidential terms, in addition to the nearly five years he's already spent in office.

Critics of the move argue that Egypt is slipping back into authoritarianism, eight years after a pro-democracy uprising ended autocrat Hosni Mubarak's three-decade rule, and nearly six years after el-Sissi led a military coup against the country's first freely elected President Mohammed Morsi.

With Parliament and state institutions packed with fervent el-Sissi supporters, the amendments focusing on him are almost certain to survive any scrutiny, allowing the general-turned-president 12 more years of potential rule after his second term expires in 2022.

Parliament Speaker Ali Abdel-Al said the motion would now be discussed by the Constitutional and Legislative Affairs Committee for 60 days before returning to Parliament for a final vote followed by the referendum, likely to take place before early May, the start of Ramadan.

Despite the overwhelming support, a group of politicians, public figures and authors of the current 2014 constitution immediately launched an open letter rejecting the amendments as a power grab by el-Sissi, calling for signatures and describing the move as illegal.

"The essence of the proposed constitutional amendment process is to enable the current president to continue ruling for more than two terms, in violation of the current constitution, concentrating all powers in his hand and tightening the executive's grip on judicial bodies," the initial 200 signatories wrote.

It added that the move would ruin any chances of a future peaceful transfer of power and halt Egypt's progress toward becoming a modern democratic state.

Since taking office, el-Sissi has led an unprecedented crackdown on dissent, opposition and civil liberties, justifying his unique leadership as necessary to bring stability and economic growth.

Human Rights Watch says the amendments would undermine judicial independence and expand executive powers that are already being abused in Egypt. The group says over 15,000 civilians, including children, have been referred to military prosecution in Egypt.

In general terms, the amendments only extend a president's term in office from four to six years. But they include a special article that only applies to el-Sissi and allows him to run two more times for six-year terms — possibly having his rule end up bridging three decades.

El-Sissi was elected president in 2014, and re-elected last year after all potentially serious challengers were either jailed or pressured to exit the race.

The amendments also include clauses allowing the president to appoint top judges and bypass judiciary oversight in vetting draft legislation before it is voted into law. They declare the country's military "guardian and protector" of the Egyptian state, democracy and the constitution, while also granting military courts wider jurisdiction in trying civilians.