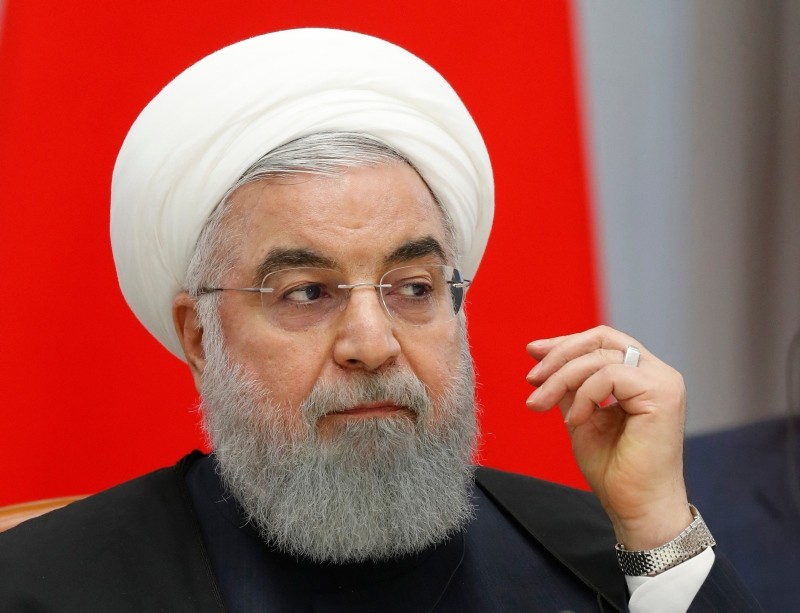 Iran's President Hassan Rouhani on Thursday dismissed U.S.-led talks in Poland, saying they produced an "empty result," after Washington called on European allies to toughen their policy on Tehran.

"We see what's happening in Warsaw, it's an empty result, nothing," Rouhani said during a press conference in the southern Russian city of Sochi where he met with Turkish and Russian counterparts to discuss Syria.

"They call this scheme a 'Special Purpose Vehicle,'" Pence said, using the name of the EU initiative.

"We call it an effort to break American sanctions against Iran's murderous revolutionary regime. We call it an ill-advised step that will only strengthen Iran, weaken the EU and create still more distance between Europe and America."

Pence called on the EU to change course and join the U.S. in withdrawing from the 2015 nuclear deal with Iran.

The EU's foreign policy chief, Federica Mogherini, gave a measured response, saying in Brussels, "We have different views on the implementation of the nuclear deal with Iran but we have views that on other issues coincide."

Mogherini said Washington and Brussels would tackle any differences "in a very pragmatic and calm manner."

The harsh criticism threatened to further chill U.S.-European ties, already badly strained, including over the Iran focus of the Warsaw conference, co-hosted by the U.S. and Poland. France and Germany had declined to send their top diplomats to the foreign minister-level meeting and Federica Mogherini also stayed away.