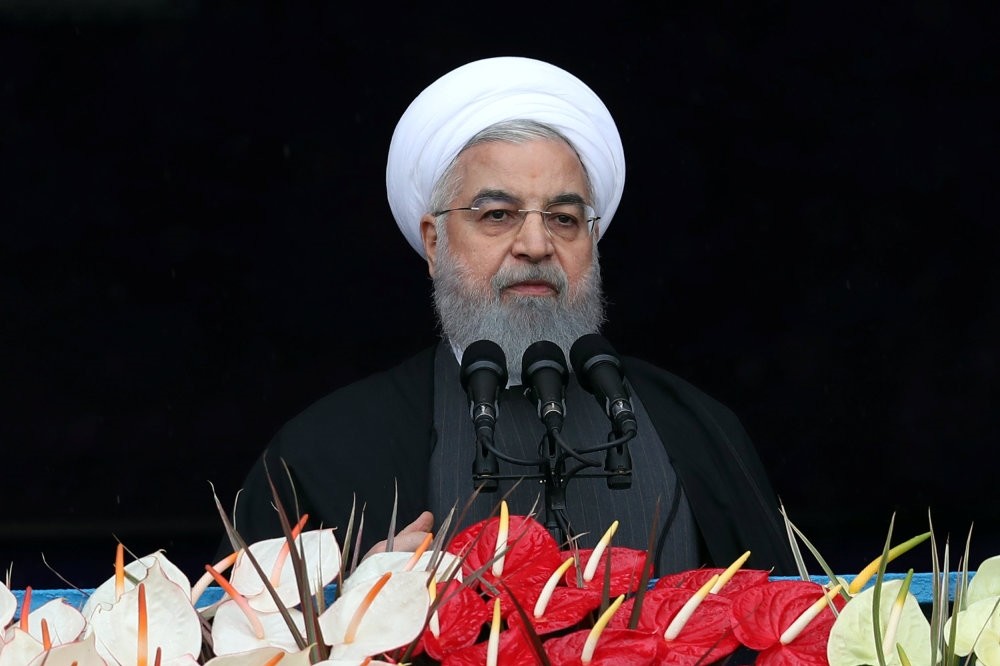 Iranian President Hassan Rouhani speaks during a ceremony to mark the 40th anniversary of the Islamic Revolution in Tehran, Iran, Feb. 11, 2019.
by Compiled from Wire Services Feb 15, 2019 12:05 am

Iranian President Hassan Rouhani vowed revenge Thursday against the "mercenary group" behind a suicide bombing in southeastern Iran and blamed the U.S. and its regional allies for supporting "terrorism."

"We will certainly make this mercenary group pay for the blood of our martyrs," the official IRNA news agency quoted the Iranian president as saying in response to Wednesday's attack. "The main root of terrorism in the region is America and Zionists, and some oil-producing countries in the region also financially support the terrorists," he added.

Apart from Israel, Rouhani did not name the regional states he believed were to blame. Iran does not recognize Israel, which is a key U.S. ally in the region and sees Tehran as posing an existential threat to its statehood. In the past, Tehran has accused its main regional rival Saudi Arabia of backing militia groups who have carried out bloody attacks against Iranian security forces. Riyadh has denied the charges. Repeating warnings made by senior commanders of the Guards, Rouhani said Iran was determined to bring justice to those responsible for one of the worst assaults ever against the Revolutionary Guards in many years.

The bombing also raised the specter of possible Iranian retaliation targeting a militant group called Jaish al-Adl that claimed the attack, which largely operates across the border in nuclear-armed Pakistan. Recent militant assaults inside Iran have sparked retaliatory missile strikes in Iraq and Syria.

Tehran immediately linked the attack in Iran's restive southeastern Sistan and Baluchistan province to an ongoing U.S.-led conference in Warsaw largely focused on Iran, just two days after the nation marked the 40th anniversary of its 1979 Islamic Revolution.

Dubbing the meeting the "Warsaw Circus," Foreign Minister Mohammad Javad Zarif said it was "no coincidence that Iran is hit by terror on the very day" that the talks began in the Polish capital. "Especially when cohorts of [the] same terrorists cheer it from Warsaw streets & support it with twitter bots? U.S. seems to always make the same wrong choices, but expect different results," Zarif wrote on Twitter.