Saudi crown prince agrees to invest $20B in Pakistan 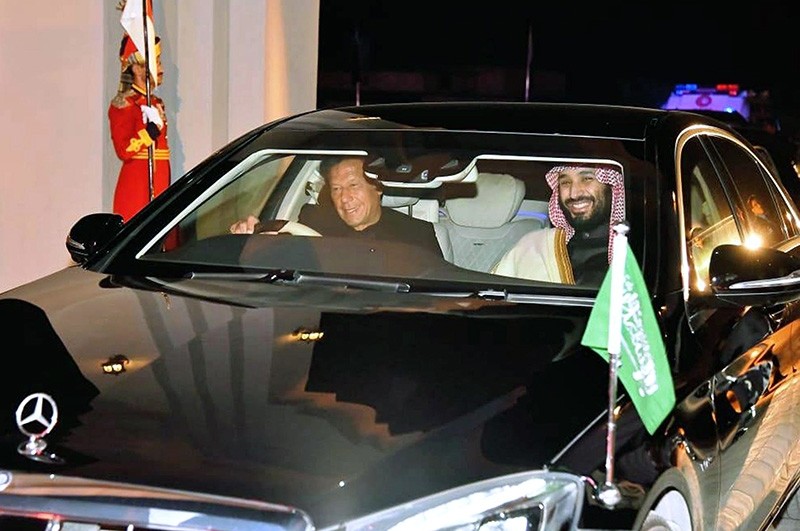 Seven agreements and Memorandums of Understanding (MoUs) were inked as Saudi crown prince Mohammed bin Salman launched his diplomatic trip to Asia in Islamabad, with Pakistan hoping the deals will provide welcome relief to its teetering economy.

At the airport, a young boy and girl in traditional Pakistani dress handed the prince flowers. He was greeted by a host of Pakistani Cabinet ministers and the country's powerful army chief, Gen. Qamar Javed Bajwa.

Khan himself drove the prince to the prime minister's residence, where he was met by an honor guard.

During his two-day stay in Pakistan, the crown prince is expected to sign a series of multibillion-dollar agreements, including setting up an oil refinery in the southwest near the border with Iran. The move will likely irk Tehran as Iran is Saudi Arabia's regional foe.

The prince is accompanied by a high-powered delegation, including leading businessmen and cabinet ministers, who shortly after their arrival in Pakistan signed agreements to enhance cooperation in energy and various other sectors.

Pakistan is in the grip of a major debt crisis and is seeking a $12 billion bailout from the International Monetary Fund but has yet to sign the deal which comes with tough conditions.

Prince Mohammad will later travel to neighboring India amid heightened tensions between Islamabad and New Delhi over this week's attack in Indian-controlled Kashmir that killed 41 troops.

This week also saw an attack in Iran that killed 27 Revolutionary Guard soldiers that was claimed by the Pakistan-based militant Jaish al-Adl group.

Pakistan condemned the attacks, but India and Iran blame it for the violence.

Pakistan enjoys close ties with Saudi Arabia. It maintains a balancing act between Riyadh and Tehran.

Pakistan's Foreign Minister Shah Mahmood Qureshi on Sunday that the visit by the crown prince will take their countries' bilateral relations "to new heights."