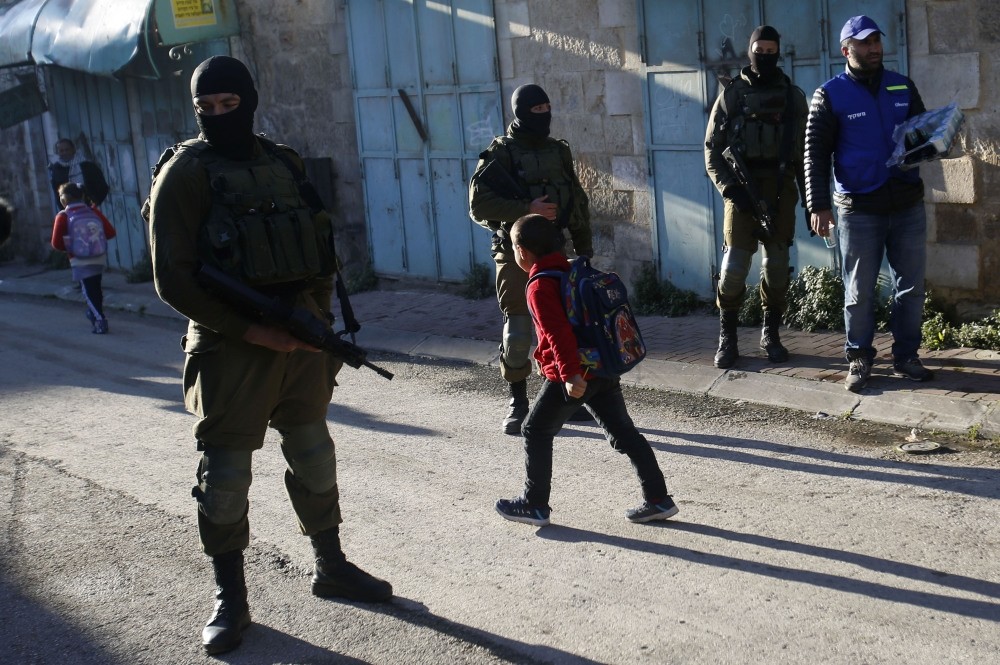 In addition, the PLO Department of Public Diplomacy and Policy said in a statement late Sunday, "The Israeli government took the unlawful decision of stealing once again Palestinian tax revenues."

Under interim peace deals, Israel collects taxes on behalf of the Palestinians, who put the current sums at $222 million a month. With negotiations stalled since 2014, Israel has at times withheld money as a measure of protest or pressure.

The move to withhold the money comes in response to an Israeli law passed last year allowing it to do so. The United States passed legislation last year to sharply reduce aid to the Palestinian Authority unless it stopped the stipends. The Trump administration has further slashed hundreds of millions of dollars to humanitarian organizations and U.N. agencies which aid the Palestinians as it seeks to pressure Abbas to come back to the negotiating table. The U.S. slashed funding for the U.N.'s Palestinian refugee program, UNRWA, and for development programs in the Palestinian territories. The U.N.'s World Food Program (WFP) earlier announced further cuts in food aid to the Palestinians due to funding shortages, amid international warnings of an ongoing humanitarian crisis in the occupied territories. Some 27,000 Palestinians no longer receive aid through the United Nations program since Jan. 1 in the West Bank, said Stephen Kearney, the World Food Program's director for the Palestinian territories. Another 165,000, including 110,000 in Gaza, are receiving 80 percent of the usual amount, he said.

Since 2007, the Gaza Strip has been under a crippling Israeli and Egyptian blockade that has gutted its economy and deprived its roughly 2 million inhabitants of many vital commodities, including food, fuel and medicine. In the long-embargoed enclave, the humanitarian situation has got worse each day. Israel's long-lasting blockade of the Gaza Strip has created chronic shortages in Palestinian health facilities. The humanitarian situation in the occupied Palestinian territories is deteriorating further as hospitals struggle to cope with high numbers of casualties since protests on the Gaza-Israel border began on March 30. Last September, the World Bank warned that the Gaza economy was in "free fall," calling on Israel and the international community to take immediate action to avoid "immediate collapse" in the Palestinian territory. According to the bank, unemployment is now over 50 percent and over 70 percent among Gaza's youth. The poverty rate in the Gaza Strip has reached 80 percent amid more than a decade-long Israeli blockade, according to the Palestinian General Federation of Trade Unions. Dozens of Palestinians have long demonstrated against high unemployment rates in the Gaza Strip, which has been reeling under a crippling Israeli blockade.