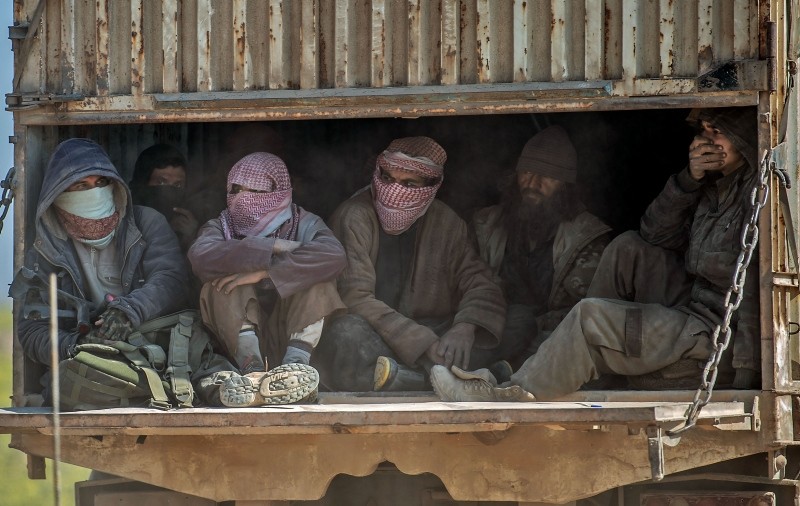 In this Feb. 20, 2019 photo, a truck carrying men, identified as Daesh fighters who surrendered to the U.S.-backedu00a0SDF,u00a0consisting mainly for PKK-affiliated YPG terrorists, transports them out of Baghouz in Deir el-Zour province, Syria. (AFP Photo)
by Compiled from Wire Services Feb 21, 2019 12:00 am

The official says the Daesh terrorists were handed over to the Iraqi side overnight, and that they were now in a "safe place" and being investigated. The official spoke on condition of anonymity in line with regulations.

"The majority of them are Iraqis and the convoy was under maximum security protection headed to the Jazeera and Badiya military headquarters," Mahallawi said. Both military bases are located in Anbar province.

The handover comes as the YPG terrorists-led SDF is involved in a standoff over the final Daesh-held sliver of land in southeastern Syria, close to the Iraqi border.

Earlier this month, Iraqi Prime Minister Abdul-Mahdi said Iraq will take back all Iraqi Daesh members, as well as thousands of their family members.