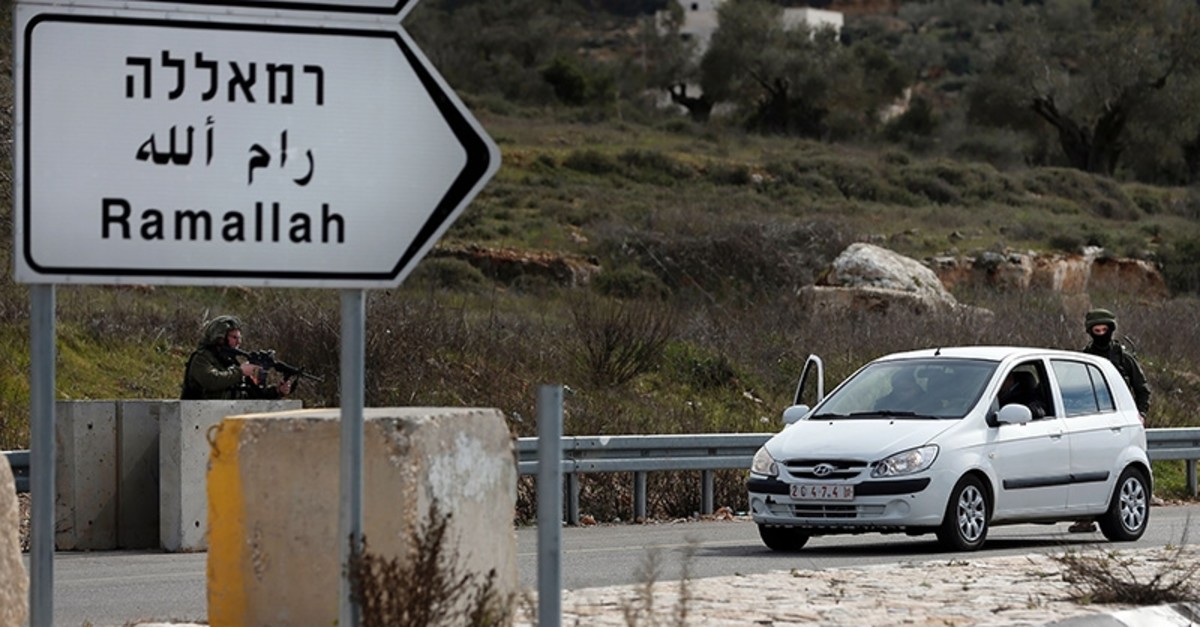 The Palestinian Authority on Wednesday said it rejected its regular monthly tax transfer from Israel to protest an Israeli decision to deduct sums of money that Palestine pay to the families of people killed, injured or imprisoned for attacks on Israel.

Israel announced last week that it would withhold over $138 million in revenues to penalize the Palestinian leadership for paying stipends to Palestinian attackers and their families.

Under interim peace deals, Israel collects customs duties and other taxes on behalf of the Western-backed Palestinian Authority, and transfers the funds to Palestine each month. These transfers cover roughly two-thirds of the Palestinian government budget.

The freeze of these funds will deal a dire financial blow to the cash-strapped Palestinian leadership, already weakened by the recent U.S. cuts of more than $200 million in bilateral aid. The authority expects it won't be able to pay its employees' full salaries.

Israel says the stipends to prisoners' families encourage violence. Palestine describes the payments as an important form of social welfare and say they are responsible to all of their citizens.

Although the rejection of the funds is likely to hurt them, the Palestinians are hoping that the move will put pressure on Israel to reverse course. A collapse of the Palestinian Authority could lead to the end of security cooperation with Israel, and theoretically force Israel to assume responsibility over the more than 2 million Palestinians in the West Bank.

In other developments, Israel separately arrested two high-profile Palestinians in Jerusalem and the West Bank.

In Ramallah, the seat of the Palestinian Authority, Israel's Shin Bet security service arrested a well-known Palestinian for "severe and current terrorist activity."

Zakaria Zubeidi rose to fame during the second Palestinian uprising in the early 2000s, and later ran the militia affiliated with Palestinian President Mahmoud Abbas' Fatah party. For years, Zubeidi was on Israel's "most wanted" list before being granted amnesty.

But a decade later, Zubeidi leads a very different life as manager of prisoner affairs for the Palestinian Authority, founder of a local theater company and student of political science at Birzeit University. His relatives contend he has long abstained from militant activity.

A Jerusalem court has ruled to release Ghaith, who was detained earlier Wednesday alongside 20 other Palestinians, including prominent lawyer Medhat Dibeh.

The reason for the raft of detentions remains unclear.

According to one source who attended the court session, implementation of the release order was briefly suspended "to give Israeli intelligence a chance to appeal the decision."

"If the intelligence apparatus doesn't challenge the ruling, he'll be released," said the source, who spoke anonymously due to restrictions on talking to media.

The arrests come at a time of escalating tension in Jerusalem and the West Bank. Unrest between Palestinian protesters and Israeli police erupted last week around Al-Aqsa Mosque, long a flashpoint in the Israeli-Palestinian conflict.

Palestinian worshippers re-opened a building in the sacred compound that has been closed by Israeli court order for over a decade, staging prayer-protests inside several times over the past week. In response, Israel arrested dozens of east Jerusalem residents and briefly detained the head of the Islamic authority that oversees Muslim holy sites in Jerusalem.

Kobi Michael, a senior research fellow at the Institute for National Security Studies, said there is "no doubt" that the timing of the upcoming Israeli elections in April plays a role in the apparent mounting troubles between Israel and Palestine.

"The situation is very sensitive and very fragile right now," said Michael. "It looks like the tension that has been building up here might explode."