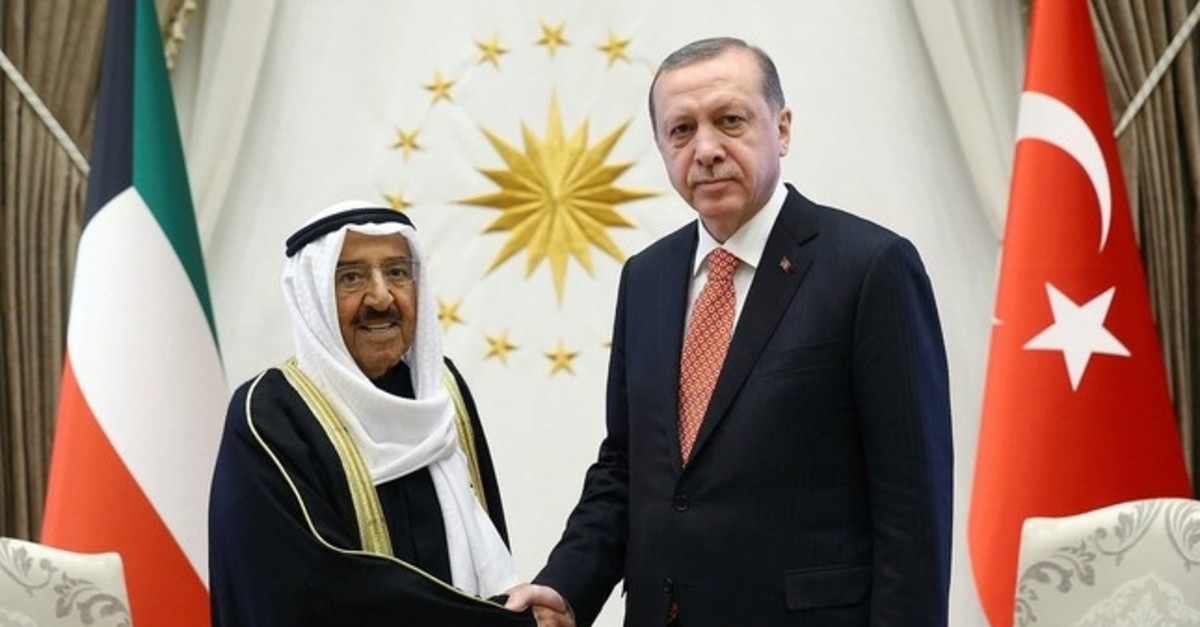 President Recep Tayyip Erdoğan was named the most popular foreign leader in Kuwait, according to poll results released Sunday.

Bilateral relations between Turkey and Kuwait have been strengthened in recent years with the signing of agreements in several areas, including economy, trade, defense and politics.

Erdoğan paid an official visit to Kuwait in 2017, during which he discussed the improvement of bilateral economic ties and regional issues with Kuwaiti Emir Sheikh Sabah al-Ahmad al-Jaber al-Sabah. The two leaders signed of a memorandum of understanding (MoU) for incentives on direct investment and cooperation protocols on science and technology.

At the time, the two leaders had also discussed the crisis between the Saudi Arabia-led axis and Qatar, and steps that need to be taken to resolve the dispute peacefully. The Kuwaiti leader had called Erdoğan's visit significant for the future of the region, coming amid a critical period including sanctions imposed on Qatar by the Saudi-led group of Gulf countries.

Saudi Arabia, Egypt, Bahrain, and the United Arab Emirates (UAE) cut off all their diplomatic ties with Qatar on June 5, 2017 and accused Doha of supporting terrorism.

In addition to imposing a blockade on the small peninsula nation, the group led by Saudi Arabia released a 13-point list of demands, which required Doha to cut its relations with Iran and shut down its Al-Jazeera television network.