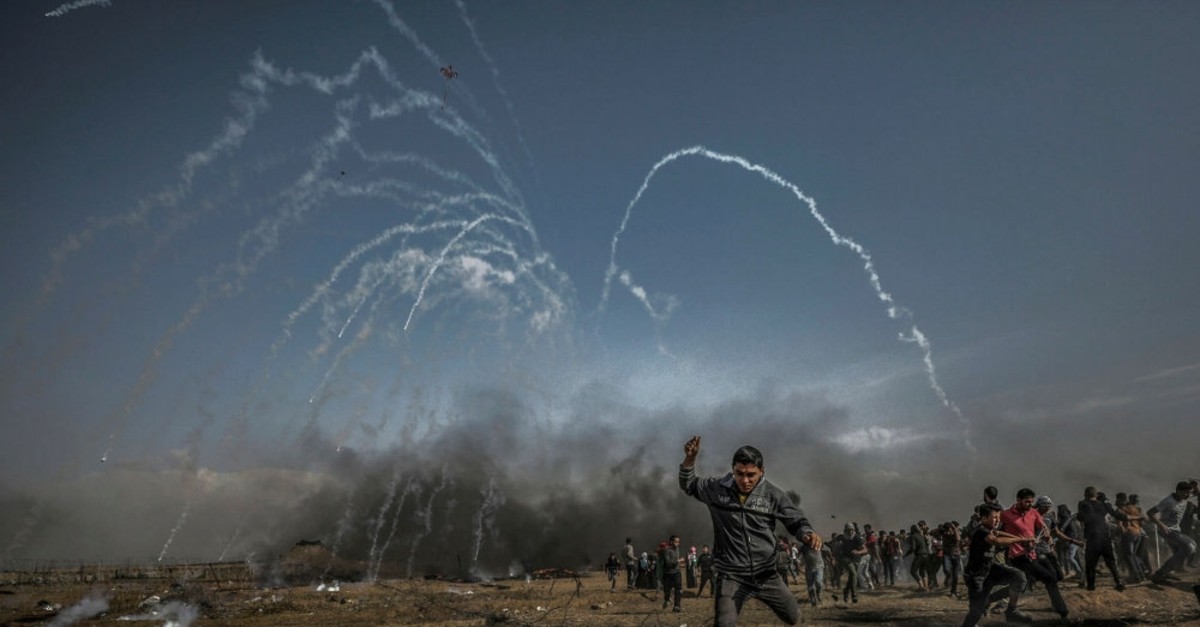 Ahead of the first anniversary of the ‘Great March of Return' protests at the Gaza border, the U.N. said that Israeli snipers were deliberately using lethal force against unarmed Palestinians

U.N. war crimes investigators called on Israel Monday to stop its snipers using lethal force against protesters on the border with Gaza, as the anniversary of border protests approaches. The U.N. move came after reports suggesting Israeli war crimes against the Palestinians.

The Great March of Return, a key flashpoint for violence, began on March 30, 2018 when hundreds of thousands of Palestinian demonstrators converged on the buffer zone separating Gaza from Israel, calling for the easing of an Israeli blockade of the territory and recognition of the right of Palestinian refugees there to return home to Palestinian territories occupied by Israel.

Israel has responded to the rallies with deadly force. Israel was criticized by a U.N. human rights body for its killing of protesters in Gaza and for its treatment of Palestinians, declaring it a "war crime" under the Statute of Rome for the killing of 189 Palestinians and wounding more than 6,100 at border protests. The high casualty toll triggered a diplomatic backlash against Israel and new charges of excessive use of force against unarmed protesters.

The Commission of Inquiry said Israel should investigate the shooting of more than 6,000 people, far beyond the criminal inquiries it has announced into 11 killings. "The most important thing for the government of Israel is to review the rules of engagement immediately and to ensure that the rules of engagement are according to accepted international law standards," the commission's chairman Santiago Canton told the Human Rights Council.

Israel says the U.N. council is biased, and it boycotted the day-long debate, while hundreds of Israel supporters rallied outside the U.N. in Geneva, including senior U.S. officials.

Last year, Palestinians urged the International Criminal Court (ICC) to launch an investigation into Israeli policies and actions in the West Bank, east Jerusalem and Gaza Strip, accusing Israel of systemic crimes. The high casualty toll triggered a diplomatic backlash against Israel and new charges of excessive use of force against unarmed protesters. Rights groups have branded open-fire orders as unlawful, saying they effectively permit soldiers to use potentially lethal force against unarmed protesters. In the face of growing criticism over Gaza border violence, the Israeli authorities earlier said that human rights laws do not apply to ongoing Palestinian protests along the Gaza Strip.

"Israel has maintained a hermetic air, sea and land blockade around Gaza, controlling who and what enters and leaves the [Gaza] Strip," Lynk told the Council. "For nearly 5 million Palestinians living under occupation, the degradation of their water supply, the exploitation of their natural resources and the defacing of their environment, are symptomatic of the lack of any meaningful control they have over their daily lives."

Since 2007, the Gaza Strip has been under a crippling Israeli and Egyptian blockade that has gutted its economy and deprived its roughly 2 million inhabitants of many vital commodities, including food, fuel and medicine. In the long-embargoed enclave, the humanitarian situation has gotten worse each day. Israel's long-lasting blockade of the Gaza Strip has created chronic shortages in Palestinian health facilities. The humanitarian situation in the occupied Palestinian territories is deteriorating further as hospitals struggle to cope with high casualties since the border protests began.