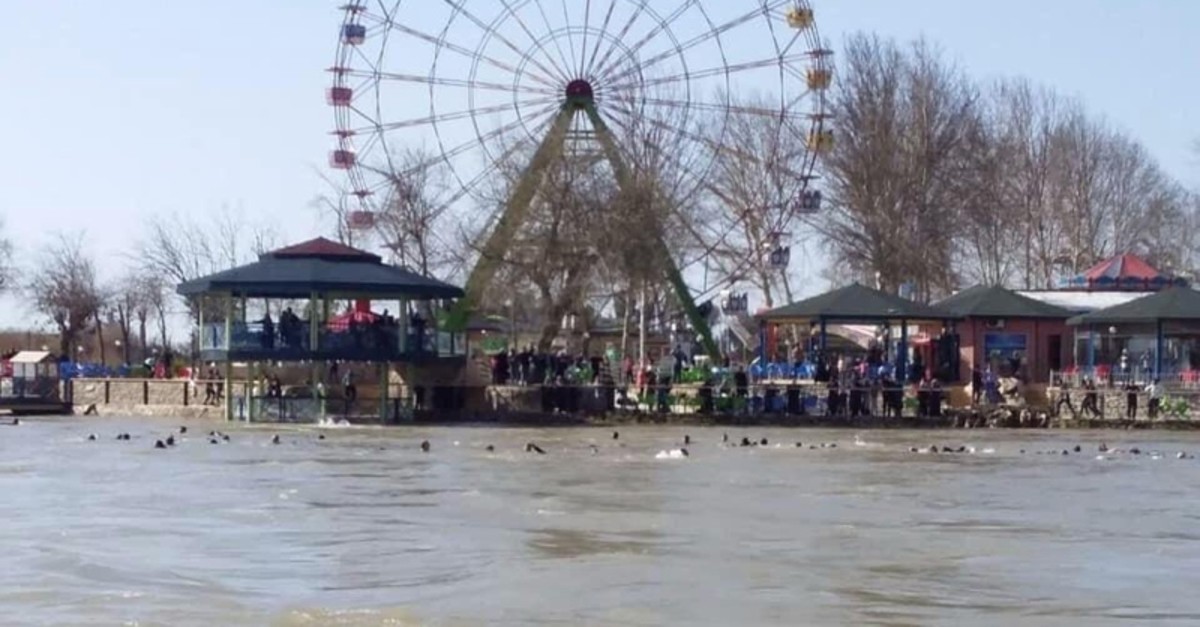 A ferry overloaded with people celebrating the arrival of spring sank near the Iraqi city of Mosul on Thursday, killing at least 85 people, mostly women and children, officials said, as rescue operations were ongoing in the Tigris River's fast-flowing waters.

The health directorate in the northern province of Nineveh has put the death toll even higher, saying it has reached 93.

The premier declared a public mourning throughout Iraq for the victims of the ferry in Mosul.

A Mosul court decided to arrest nine of the ferry workers and issued arrest warrants against its owners.

Initially, Colonel Hossam Khalil, the civil defence chief in the northern province of Nineveh, had said that at least 40 bodies were retrieved after the boat capsized near the northern city of Mosul

Khalil the accident occurred as scores of people were out in a tourist area celebrating Nowruz, which marks the Kurdish new year and the arrival of spring.

Earlier Thursday, Health Ministry spokesman Seif al-Badr said the dead include 33 women, 12 children and 10 men. He said 30 people were rescued, adding that search operations are still underway as it is not known how many people were aboard the ferry.

Khalil said the ferry sank because of a technical problem, and that there weren't many boats in the area to rescue people. He said more than 80 people were on the ferry when it sank.

The river's level was high because of a rainy season that brought more precipitation than in previous years.

Turkey on Thursday offered condolences to relatives of the victims who lost their lives in the accident.

"We are deeply saddened by the loss of many lives of our Iraqi brethren caused by sinking of a ferry in Tigris River in Iraq," Foreign Ministry said in a statement.

"We pray for God's mercy for the deceased, wish speedy recovery to the injured, and convey our condolences to the people of Iraq especially to the families of the victims," the statement added.

Iraqi forces drove the Daesh terror group from Mosul in 2017 after a devastating campaign that left entire neighborhoods in ruins.