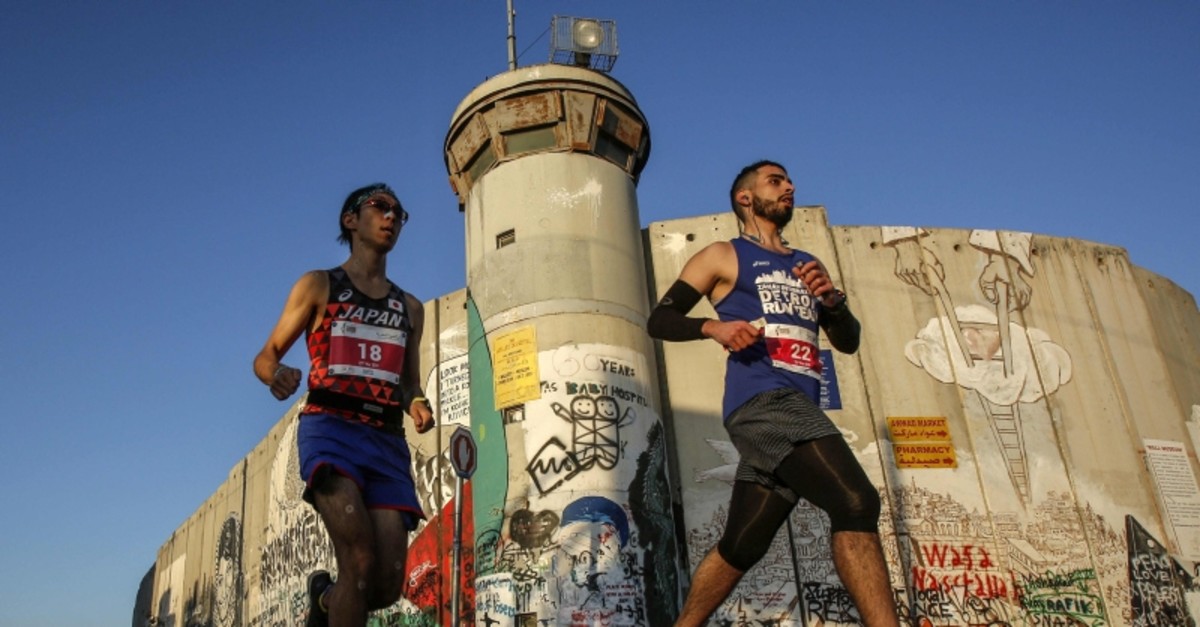 The seventh international "Run for Freedom" Palestine Marathon kicked off Friday in the city of Bethlehem in the Israeli-occupied West Bank.

Thousands of athletes from around the world participate in the event to draw attention to the Israeli occupation.

The director of the race, Itidal Abdul Ghani, told Anadolu Agency that this year's marathon had a record number of participants. The marathon attracted some 8,000 athletes from 76 countries, including Turkey, Egypt, Jordan, Kuwait, Qatar, the United Arab Emirates, Morocco and Oman.

"Some 90 percent of the people who participated in the marathon to show solidarity with the Palestinians were foreigners," Abdul Ghani said, adding that the aim was to draw attention to Palestinians' right to freedom of movement, which is violated on a daily basis due to Israeli-imposed measures.

The route of the marathon follows Israel's illegal 8-meter-high (26-foot-high) separation wall and loops four times through the city, which was deliberately chosen to show the daily obstacles Palestinians came across, as there is no route that can be run without hitting a border or roadblock.

There are also five and 10-kilometer-long routes alongside the marathon route for families and younger runners.