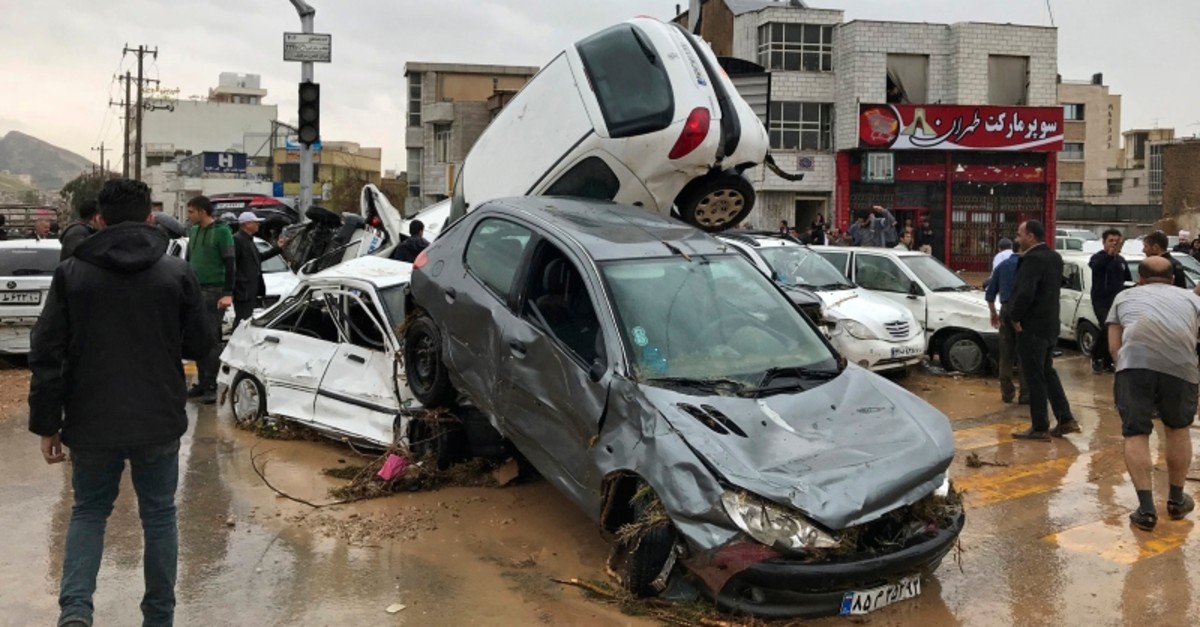 Vehicles are piled up on a street after a flash flood in the southern city of Shiraz, Iran, Monday, March 25, 2019. (AP Photo)
by Associated Press Mar 25, 2019 4:33 pm
Flash floods in southern Iran have killed at least 18 people and injured 74, Iranian state TV reported on Monday.

Heavy rains outside the city of Shiraz triggered the sudden flooding, according to the head of Iran's emergency medical services, Pirhossein Koulivand.

State TV earlier said most of the people killed had been trying to take videos of the flooding on their phones.

The provinces of Fars, Kurdistan, Qom and Isfahan were on alert for imminent flooding, and the water authority in the capital, Tehran, said floods were a possibility there as well.

Enayatollah Rahimi, governor of Fars province, said the flooding is under control and aid work is in progress, but asked people "to stay in their homes," the semi-official ISNA news agency reported.

The northern provinces of Golestan and Mazandaran have been struggling with flooding for over a week, and five people have been killed, according to the state-run Press TV channel.

Over 56,000 people have been affected in various cities and rural areas in the two provinces as a result of heavy rainfall that hit on March 19 and 20.

Iran's metrology department had warned about the heavy rains in various areas across Iran.

Last year, at least 30 people were killed by flash floods in the Iranian province of Eastern Azerbaijan.