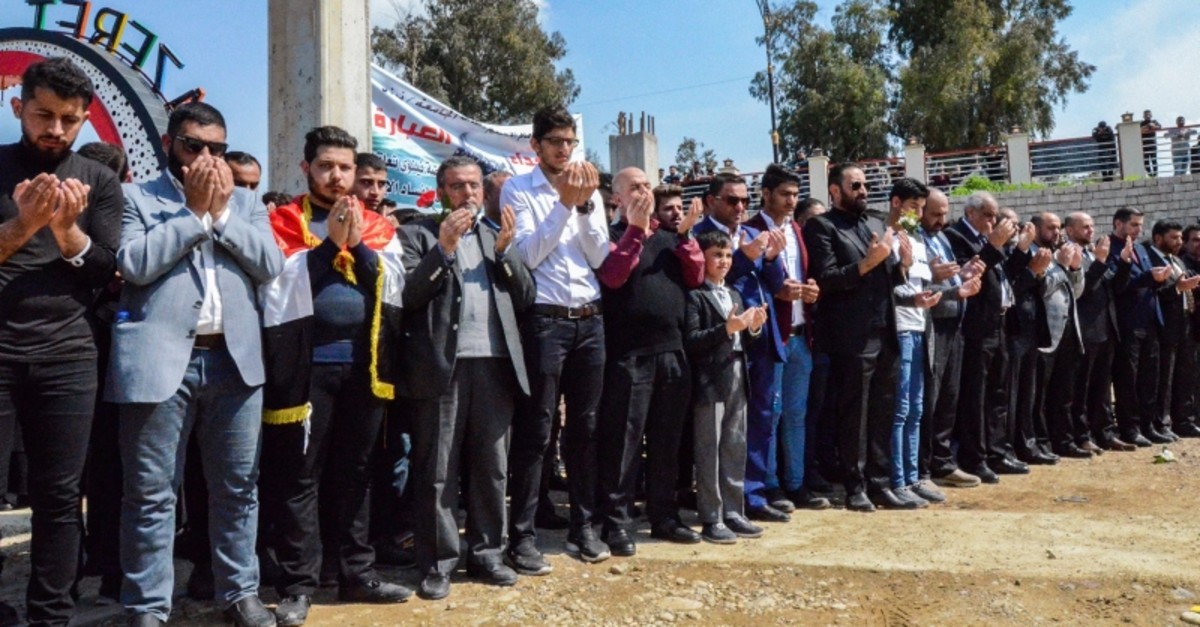 Iraqi men pray during absentee funeral prayers for the victims of the capsized ferry in the northern Iraqi city of Mosul on March 22, 2019. (AFP Photo)
by Compiled from Wire Services Mar 27, 2019 11:32 pm

An Iraqi court on Wednesday issued an arrest warrant and travel ban against Nofal al-Akoub, the recently-sacked governor of the northern Nineveh province, amid allegations of corruption.

According to a statement released by the Nineveh Court of Appeals, al-Akoub stands accused of squandering public funds and abusing his position.

Arrest warrants have also reportedly been issued for three other top provincial officials.

Angry residents of Mosul have protested against Akoub, demanding his firing.

Abdul-Mahdi ordered an investigation into the incident, which residents blamed on corruption and lack of rescue means. He also appointed a new crisis council, headed by a university professor, to administer the province until a new governor is named.

A special investigation team, which includes judges and prosecutors, was set up to determine why the ferry sank.