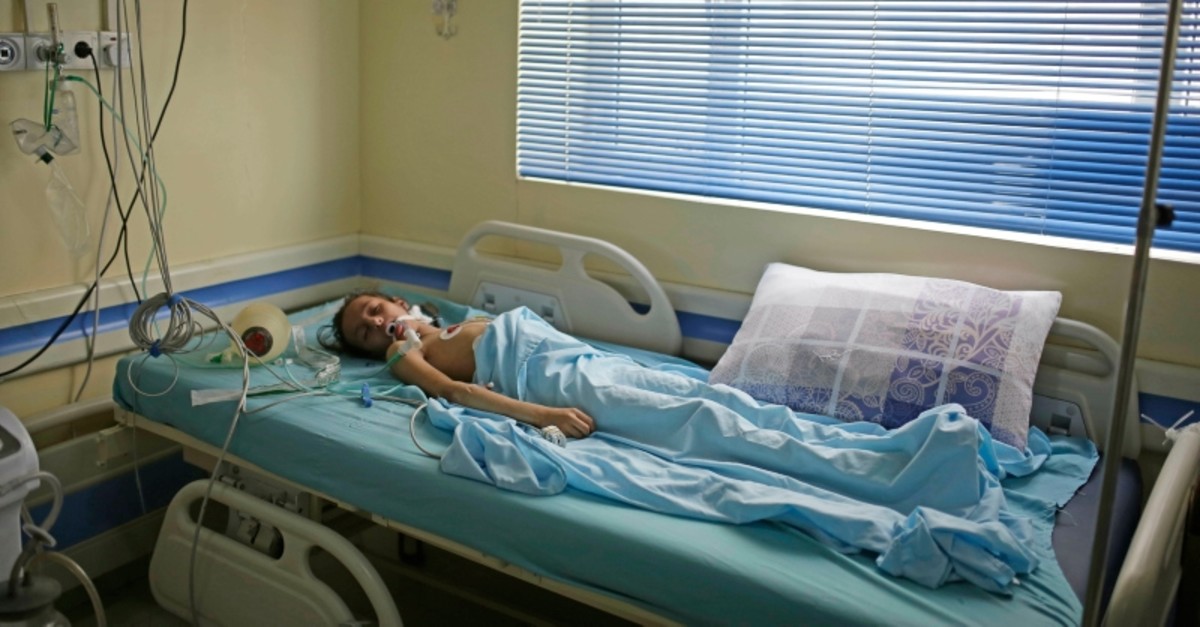 A large explosion at a warehouse in Yemen's rebel-held capital Sanaa on Sunday killed at least 13 people, including seven children, and wounded more than 100, local medical officials said.

The Iran-aligned Houthi rebels, who seized control of the capital in 2014, said the Saudi-led coalition had targeted the warehouse with an airstrike. The coalition denied carrying out any strikes in the area.

The state-run news agency in Aden, aligned with the internationally-recognized government, said the rebels stored weapons at the warehouse.

The health officials said more than 110 people were wounded in the explosion, which damaged nearby schools. The officials spoke on condition of anonymity because they were not authorized to brief media.

Yemen has been embroiled in a devastating conflict between the Saudi-backed government and the Houthis since late 2014.

The feud has intensified since March 2015, when the Houthis advanced on the government's temporary capital of Aden, prompting Saudi Arabia and its allies to start an air campaign against the group.

The Saudis fear that the rebels will give Iran a strategic foothold in the Arabian Peninsula.

Efforts by the United Nations have failed to resolve Yemen's conflict, which has resulted in the world's worst humanitarian crisis.

Saudi-led attacks have killed nearly 4,600 out of the 7,000 verified civilians who have died in the war, according to recent figures by the U.N. Human Rights Office.