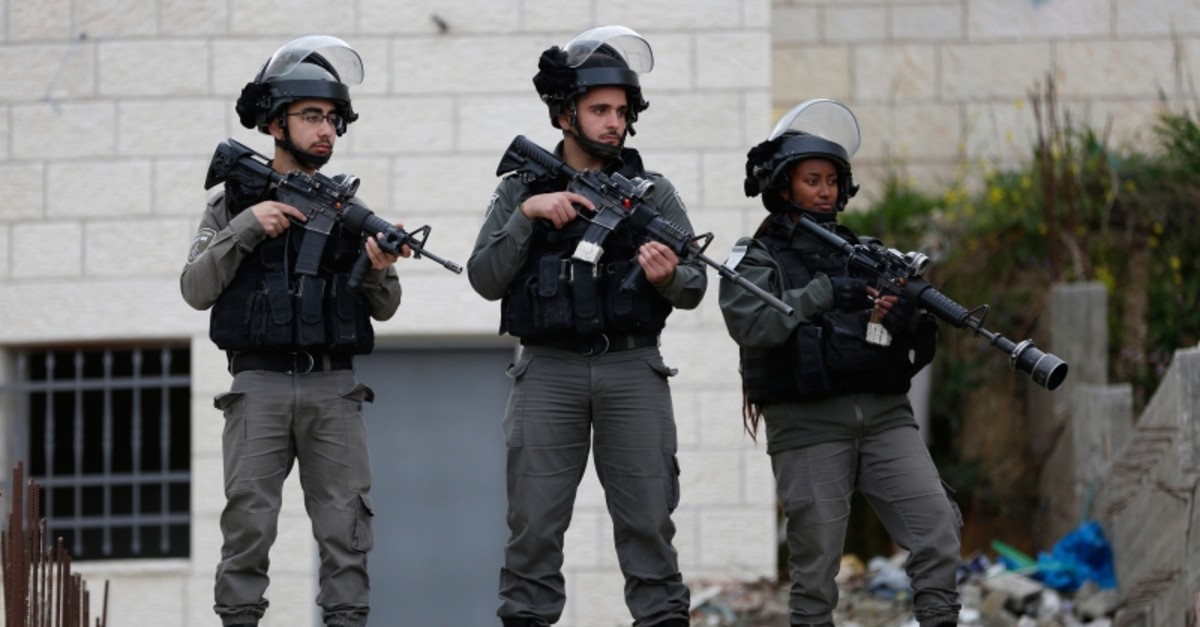 The Israeli army rounded up 21 Palestinians during overnight raids carried out across the occupied West Bank, according to the military on Monday, ahead of a full closure of the West Bank and Gaza Strip during Tuesday's general election.

In a statement, the army said the individuals had been detained for "suspected involvement in popular hostile activities."

It, however, did not elaborate on the nature of these alleged "activities."

Among those detained was the brother of Palestinian resistance icon Ahed al-Tamimi, according to his mother.

"An Israeli force raided our home in the village of Nabi Sali near Ramallah and arrested my son Mohamed," Nariman al-Tamimi told Anadolu Agency.

"By arresting my son, the Israeli army is trying to break the will of our family," she said.

A video footage posted on the mother's Facebook page showed Israeli forces surrounding the son as his sister Ahed al-Tamimi was shouting at soldiers.

Al-Tamimi's sister has already been in Israeli custody for several months now.

It remains unclear the reason behind the arrest and the Israeli army has yet to issue an official statement.

In late July, Israeli authorities released Ahed al-Tamimi and her mother after both had served eight months behind bars. The 17-year-old was arrested in late 2017 and was later slapped with an eight-month jail term for "attacking" an Israeli soldier.

Closure of occupied West Bank and Gaza Strip for election

The Israeli military will impose a full closure of the occupied West Bank and the Gaza Strip during Tuesday's general election.

"According to the security situation evaluation and directives of the political level, total closure will be imposed in the areas of the West Bank and the terminals of the Gaza Strip on April 9," the army said in a statement.

The closure will be applied Monday midnight.

According to the military, the Kerem Shalom commercial crossing and Beit Hanoun (Erez) crossing with the Gaza Strip will be closed.

In the West Bank, Israel-issued work permits for Palestinian workers will be frozen, it said.

The right-wing Likud party, which is led by Prime Minister Benjamin Netanyahu, and Blue and White political alliance led by Benny Gantz are considered the main rivals in the polls to elect members of Knesset (Israel's parliament).

President Recep Tayyip Erdoğan said Monday that the West Bank belongs to Palestinians, after Netanyahu said he would annex Israeli settlements in the occupied West Bank if he wins Tuesday's election.

"Israel is taking another occupation measure," Erdoğan told reporters at a news conference in Istanbul's Atatürk Airport before he headed to Russia for an official trip. He emphasized that Turkey will stand with Palestine.