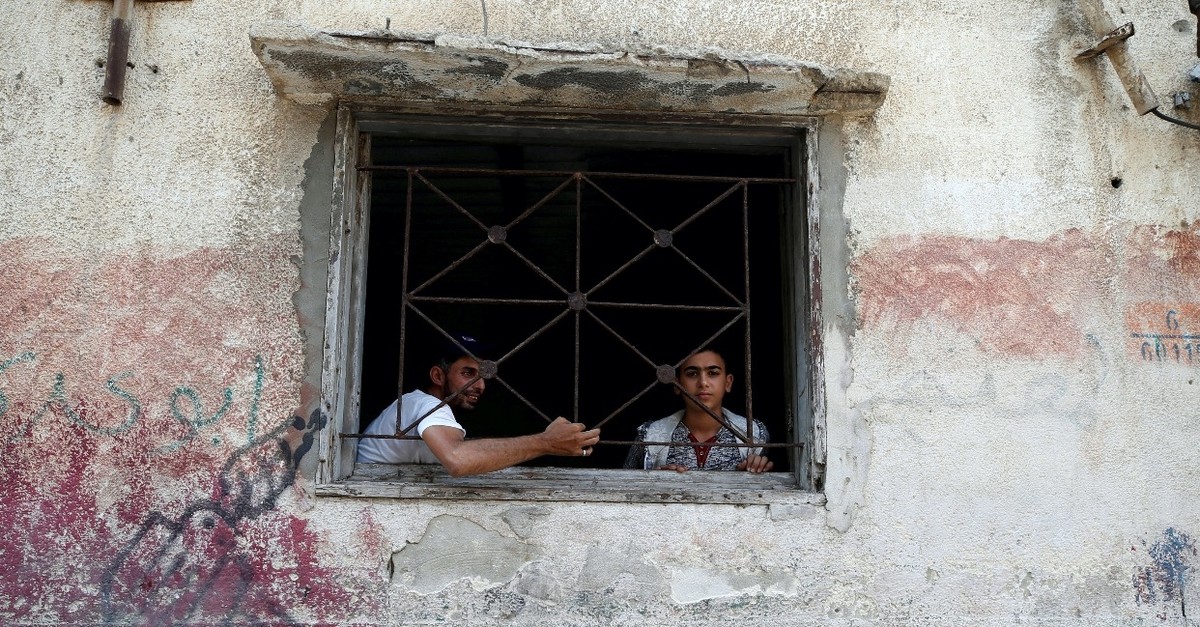 In U.S. President Donald Trump and his son-in-law Jared Kushner's Middle East plan, Palestinian refugees remain a primary question as the Arab media is claiming that Trump has asked Jordan and Egypt to grant them citizenship

U.S. President Donald Trump's son-in-law Jared Kushner is likely to introduce his so-called Middle East peace plan to the region. While one side of the plan includes combating Iran's activities in the region, the second and more important side is the Israeli-Palestinian conflict.

After the U.S. decided to move its embassy to Jerusalem, meaning that it recognized Jerusalem as Israel's capital and to cut funding to United Nations' refugee agencies that were aiding Palestinians, it has become clear that the U.S. is abandoning its support for a two-state solution. For a solution for the conflict, the issue of Palestinian refugees remains among the primary problems.

According to news reported on Arab media, the Trump administration may ask Jordan and Egypt to grant citizenship to Palestinian refugees in exchange for billions of dollars in financial aid. Lebanese newspaper Al Akhabar reported that Trump will push Jordan to grant citizenship to at least one million refugees while Egypt will also be asked to receive certain numbers of refugees as citizens. The report said there would be a confederation between Israel, Jordan and the Palestinian Authority (PA) for handling certain issues but added that the Jordanian King Abdullah II is opposing the plan.

Jordan, which is responsible for administering the Al Aqsa Mosque complex in Jerusalem, is already accommodating more than a million Palestinian refugees. The refugee question led to internal conflict in the 1970s, leaving thousands of dead. However, the newspaper's report said the U.S. might give $45 billion to Jordan, which is undergoing economic difficulties. Meanwhile, Egypt will receive $55 billion.

Whether the report is true or not, the root of the problem is unlikely to be erased through such a plan. Israel's establishment came with displacing and killing Palestinians. After the decision was made to migrate to the Palestinian lands in the first Zionist Congress, held in 1897, Jews gradually moved to Palestine.

After World War I and World War II, the number of Jews migrating to Palestine increased dramatically. In 1948, Israel started a war against Arab countries. At the end of the war the "Nakba" (big catastrophe) occurred as more than a million Arabs were displaced. In 1948, Israel killed nearly 20,000 Palestinians and several thousand Arab soldiers, while it lost around 4,000 soldiers and 2,000 civilians. In the second Israeli-Arab conflict, in 1956-57, Israel lost 231 soldiers, while 1,650 Egyptian soldiers were killed, and there were hundreds of civilian casualties. In one of the biggest Israeli-Arab wars in 1973, 776 Israeli soldiers were killed, but the death toll on the Arab side was much higher – 15,000 Egyptians, 6,000 Jordanians and 1,000 Syrians were killed and more than a half million Palestinians were displaced. In 1978, Israel lost 18 soldiers, and 1,200 Lebanese and Palestinian people were killed. The war in Lebanon in 1982 was another catastrophe for Arabs and Muslims.

While the civil war was continuing in the country, Israel and pro-Israel rightist and Christian factions massacred 17,825 Arabs under the leadership of former Israeli Prime Minister Ariel Sharon who was famous for saying, "When I see dead Palestinians, while I am on the tank, I feel so happy."

For three days, Muslim Arabs were murdered, raped and brutally executed. During these brutal attacks, 670 Israeli soldiers died as weel. The massacres, which happened in Shatila refugee camp and the Sabra area, have been marked as one of the bloodiest in recent history.

In 1996, 2006 and 2009, the world again witnessed Israeli aggression against Arabs. The death toll between those years was more than 1,800 after repeated intensive attacks. It was followed by Operation Pillar of Defense in November 2012 and Operation Protective Edge in the summer of 2014, carried out during Ramadan, which resulted in the deaths of more than 2,000 Palestinians. Regarding the latest escalation of tensions surrounding the Gaza border protests during which around 180 Palestinians were killed by the Israeli military's excessive use of force – including the use of live ammunition – it is worth pointing out that, instead of Trump's plan, a lasting peace in the region is urgently required to stop the ongoing suffering of Palestinians.