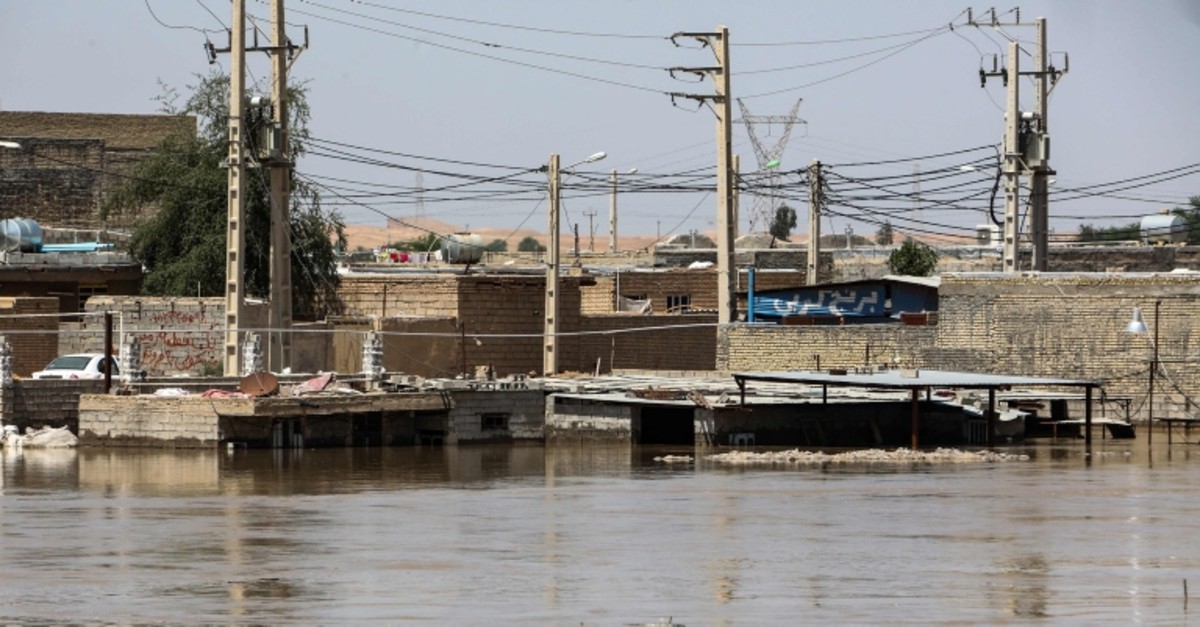 Floods caused by heavy rain across Iran in recent weeks have caused an estimated $2.5 billion in damage to roads, bridges, homes and agricultural land, state media cited ministers as telling lawmakers on Sunday.

The flooding, which began on March 19, has killed 76 people, forced more than 220,000 people into emergency shelters, and left aid agencies struggling to cope. The armed forces have been deployed to help those affected.

"The recent floods are unprecedented... 25 provinces and more than 4,400 villages have been affected," Interior Minister Abdolreza Rahmani Fazli was quoted as saying in parliament by state news agency IRNA.

Fazli said the floods had caused around 350 trillion rials ($2.5 billion) worth of damage.

Minister of Roads and Urban Development Mohammad Eslami said 14,000 kilometres (8,700 miles) of road had been damaged and more than 700 bridges completely destroyed by landslides and flood water.

The government has said it will pay compensation to all those who have incurred losses, especially farmers but the Islamic Republic's state budget is already stretched as U.S. sanctions on its energy and banking sectors have halved Iranian oil exports and restricted access to some revenues abroad.

Shahidzadeh said Khamenei has in principle agreed to the request.

Iranian officials have repeatedly said the massive floods have not affected production and development at any oilfields, nor impeded the flow of crude through pipelines to recipient markets.

Karim Zobeidi, an official at the National Iranian Oil Company, was cited as saying on Sunday that it was still too early to estimate the extent of the flood damage to Iran's energy sector.

Mehr news agency also quoted Zobeidi as saying that some oil wells in western Iran had been closed as a precaution to guard against any flooding.