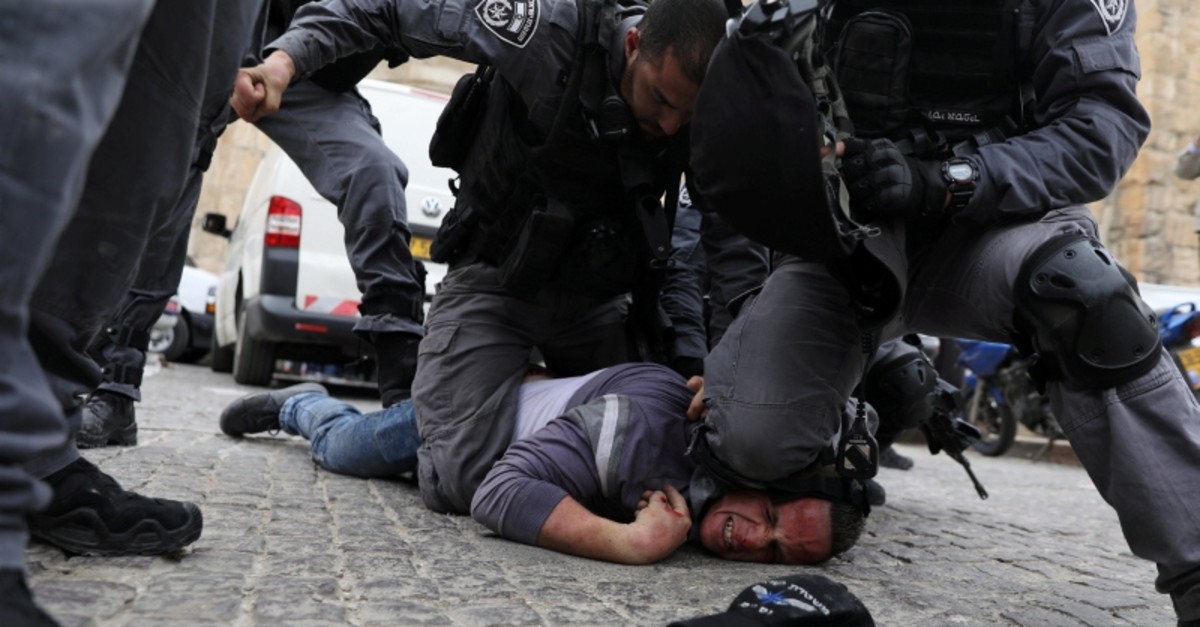 Israel has detained about 1 million Palestinians since 1967, and 5,700 of them are currently locked up in Israeli jails, a joint statement by three Palestinian organization said Sunday.

According to the statement by Palestinian Society Prisoners Club, Commission of Detainees and Ex-Detainees' Affairs and Prisoners' High Council, Israel detained some 1,600 Palestinians, including 250 children, in the first quarter of 2019.

Seven hundred of those currently in detention are suffering from various illnesses, including 30 who have cancer, the statement noted. It also said 570 of the current prisoners have been sentenced to life.

Since 1967, 221 Palestinians have died in Israeli jails, including prisoners who were tortured to death or fatally shot by guards, the statement said.

On Monday, Israeli forces rounded up 10 Palestinians in overnight raids carried out across the occupied West Bank, according to the military.

In a statement, the army said that the individuals were detained for "suspected involvement in popular hostile activities."

It did not elaborate on the nature of these alleged "activities."

The Israeli army carries out frequent arrest campaigns across the West Bank — including in occupied East Jerusalem — on the pretext of searching for "wanted" Palestinians.