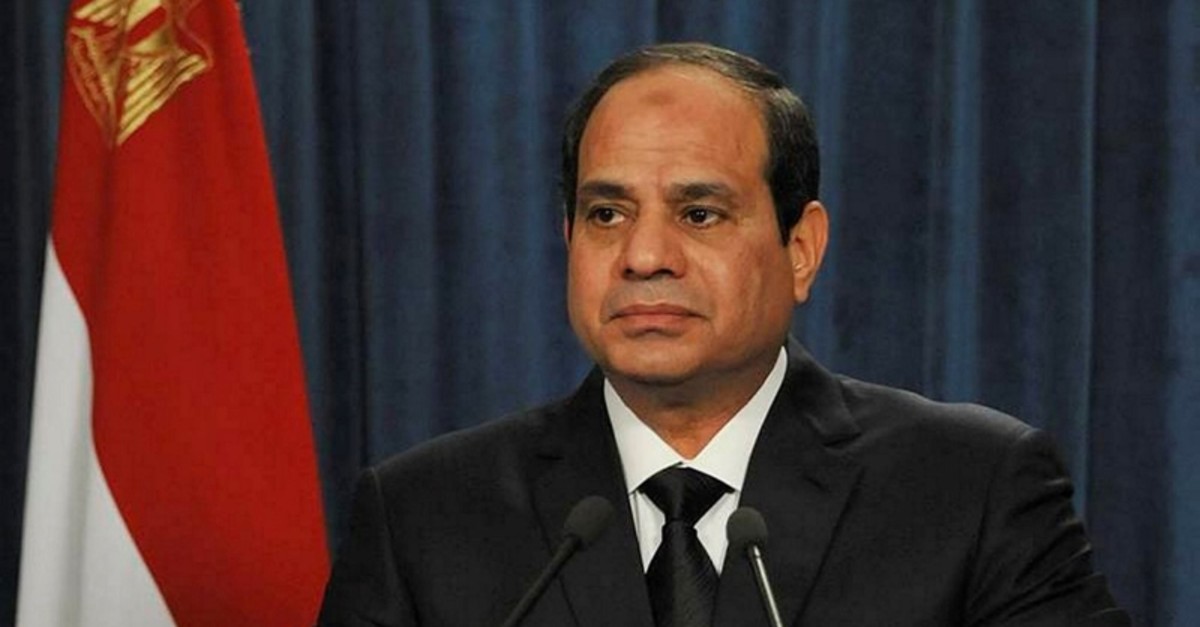 Egypt's parliament, packed with loyalists of coup leader-turned-President Abdel Fattah el-Sissi, voted Tuesday in favor of constitutional changes that will keep the former military chief in power until 2030.

The proposed amendments were initially introduced in February by a parliamentary bloc supportive of Sissi and updated this week after several rounds of debates.

They include changing Article 140 of the constitution to allow the president to extend his current four-year term, which ends in 2022, by two years.

The changes will permit Sissi to stand for another six-year term and potentially remain president until 2030.

Parliament is also due to vote on a controversial article which critics fear might allow the military a greater influence in Egyptian political life.

State-run Al-Ahram news website said several lawmakers carried Egyptian flags as they gathered for the vote inside the parliament while nationalistic songs played in the background.

He won his first term as president in 2014 and was re-elected in March 2018 with more than 97 percent of the vote, after standing virtually unopposed.

His government has been widely criticized by human rights groups for the repression of political opponents.

But MP Mohamed Abu-Hamed, who pushed for the constitutional amendments to keep Sissi in power, is adamant the changes are needed to allow him to complete political and economic reforms.

"The constitution in 2014 was written under tough exceptional circumstances," he told AFP.

He hailed Sissi as a president who "took important political, economic and security measures... (and) must continue with his reforms," in the face of the unrest gripping neighboring countries.

The vote comes after two veteran presidents were ousted in Algeria and Sudan and amid an escalation of the conflict in Libya.

Keeping Sissi in power, he added, reflected "the will of the people."

He could not specify to AFP an exact time on Tuesday when the vote would be tallied, saying "debates are still ongoing."

Since Sissi overthrew Morsi, Egypt has drawn heavy international criticism for its sweeping crackdown on dissent.

The authorities have jailed thousands of Morsi's supporters as well as liberal and secular activists, including a popular blogger, actors, singers and journalists.

If passed, "these amendments would take us back to a dictatorship fit for the Middle Ages," Waked told a news conference by rights groups in Geneva.

"Where is there stability in a country that jails children... that treats people badly or that kills?" he said.

Human Rights Watch has said the amendments, which would also grant Sissi control over the judiciary, would "institutionalize authoritarianism."

As Sissi visited Washington for talks with President Donald Trump, HRW urged Congress to withhold endorsement of his bid to extend his rule.

"Congress needs to use its levers to pressure the Egyptian president to reverse course, starting with withdrawing these constitutional amendments set to consolidate authoritarian rule," said HRW's Michael Page.

Other proposed amendments include a quota for women's representation of no less than 25 percent in parliament and forming a second parliamentary chamber.

Rights groups and opposition parties say the government has intensified its crackdown on dissent with a wave of arrests ahead of the vote.