Trump vetoes resolution to end US participation in Yemen war 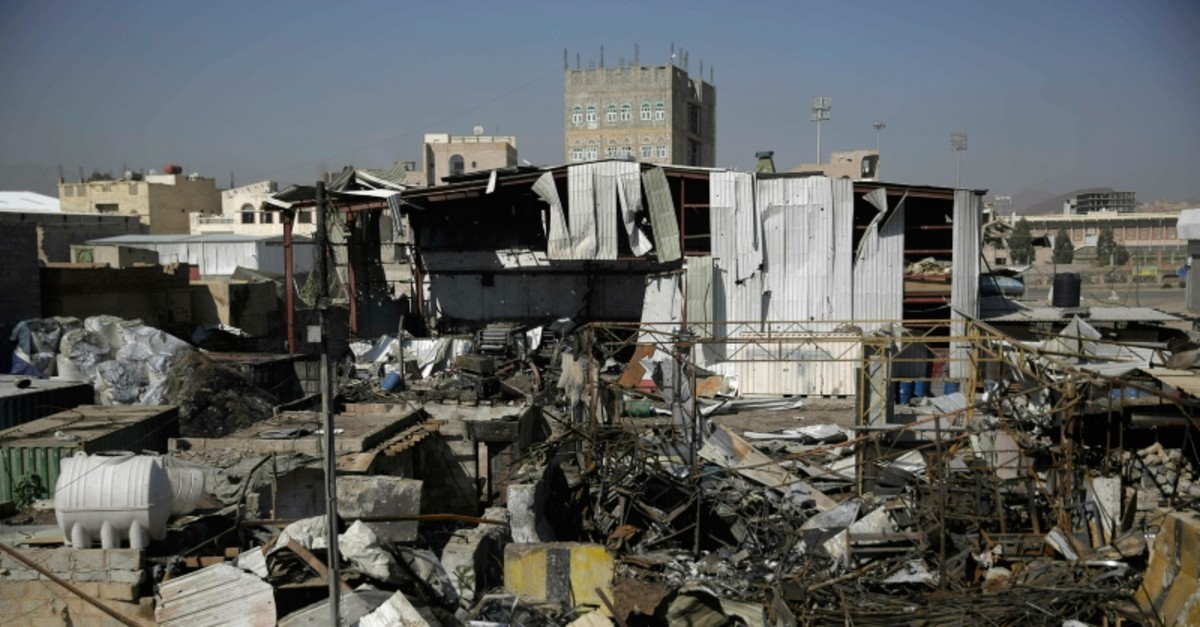 The veto — the second in Trump's presidency — was expected, and Congress lacks the votes to override it. But passing the never-before-used war powers resolution was viewed as a milestone for lawmakers, who have shown a renewed willingness to assert their war-making authority after letting it atrophy for decades under presidents from both parties.

"This resolution is an unnecessary, dangerous attempt to weaken my constitutional authorities, endangering the lives of American citizens and brave service members, both today and in the future," Trump wrote in explaining his Tuesday veto.

Congress has grown uneasy with Trump's close relationship with Saudi Arabia as he tries to further isolate Iran, a regional rival.

Many lawmakers also criticized the president for not condemning Saudi Arabia for the killing of Jamal Khashoggi, a Saudi who lived in the United States and had written critically about the kingdom. Khashoggi went into the Saudi consulate in Istanbul last October and never came out. Intelligence agencies said Saudi Crown Prince Mohammed bin Salman was complicit in the killing.

The U.S. provides billions of dollars of arms to the Saudi-led coalition fighting against Iran-backed rebels in Yemen. Members of Congress have expressed concern about the thousands of civilians killed in coalition airstrikes since the conflict began in 2014. The fighting in the Arab world's poorest country also has left millions suffering from food and medical care shortages and has pushed the country to the brink of famine.

Trump said the measure was unnecessary because except for counterterrorism operations against Daesh terrorists and al-Qaida in the Arabian Peninsula, the United States is not engaged in hostilities in or affecting Yemen.

He said there were no U.S. military personnel in Yemen accompanying the Saudi-led coalition fighting Iran-backed Houthis, although he acknowledged that the U.S. has provided limited support to the coalition, including intelligence sharing, logistics support, and — until recently — in-flight refueling of non-U.S. aircraft.

The president also said that the measure would harm bilateral relations and interferes with his constitutional power as commander in chief.

He said the U.S. is providing the support to protect the safety of more than 80,000 Americans who live in certain areas of the coalition countries subject to Houthi attacks from Yemen.

"Houthis, supported by Iran, have used missiles, armed drones and explosive boats to attack civilian and military targets in those coalition countries, including areas frequented by American citizens, such as the airport in Riyadh, Saudi Arabia," Trump said. "In addition, the conflict in Yemen represents a 'cheap' and inexpensive way for Iran to cause trouble for the United States and for our ally, Saudi Arabia."

House approval of the resolution came earlier this month on a 247-175 vote. The Senate vote last month was 54-46.

House Speaker Nancy Pelosi issued a statement Tuesday night saying: "The conflict in Yemen is a horrific humanitarian crisis that challenges the conscience of the entire world. Yet the President has cynically chosen to contravene a bipartisan, bicameral vote of the Congress and perpetuate America's shameful involvement in this heartbreaking crisis."

Pelosi added: "This conflict must end, now. The House of Representatives calls on the President to put peace before politics, and work with us to advance an enduring solution to end this crisis and save lives."

Sen. Tim Kaine, D-Va., said Trump's veto "shows the world he is determined to keep aiding a Saudi-backed war that has killed thousands of civilians and pushed millions more to the brink of starvation."

Kaine accused Trump of turning a blind eye to Khashoggi's killing and the jailing of women's rights activists in Saudi Arabia.

"I hope my colleagues will show we won't tolerate the Trump administration's deference to Saudi Arabia at the expense of American security interests by voting to override this veto," Kaine said.

The top Republican on the House Foreign Affairs Committee, Rep. Michael McCaul of Texas, acknowledged the dire situation in Yemen for civilians, but spoke out in opposition to the measure when it was passed. McCaul said it was an abuse of the War Powers Resolution and predicted it could disrupt U.S. security cooperation agreements with more than 100 countries.

David Miliband, President of the International Rescue Committee, a humanitarian aid group, said: "This veto by President Trump is morally wrong and strategically wrongheaded. It sets back the hopes for respite for the Yemeni people, and leaves the U.S. upholding a failed strategy."

Trump issued his first veto last month on legislation related to immigration. Trump had declared a national emergency so he could use more money to construct a border wall. Congress voted to block the emergency declaration and Trump vetoed that measure.