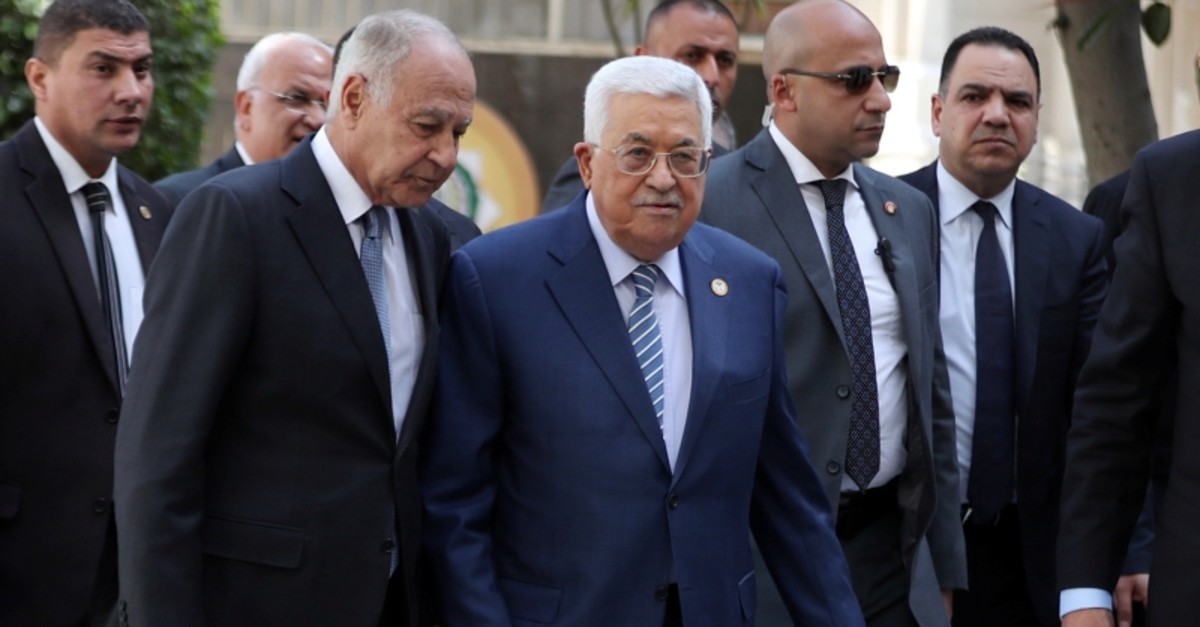 The Arab League has pledged $100 million per month to the Palestinian Authority to make up for funds withheld by Israel because of payments made to the families of Palestinian prisoners.

Palestinian President Mahmoud Abbas addressed an extraordinary meeting of the Arab League in Cairo on Sunday as part of a diplomatic effort to rebuff the Trump administration's Middle East peace plan, which American officials indicate could be released this summer.

Abbas said "the Arabs need to be engaging actively at this critical time."

Abbas said the Palestinians reject the deal and demand Israel fully withdraw from all occupied territories.

"And what they have heard is not reassuring -- at least in terms of Palestinian rights," he added.

While its terms remain vague, media leaks suggest that the plan will ask Palestinian refugees to concede their right to return to their homes in historical Palestine, from which they were driven in 1948 to make way for the new state of Israel.

On Wednesday, Jared Kushner, an adviser to U.S. President Donald Trump (and his son-in-law), said terms of the deal would be unveiled during the Muslim fasting month of Ramadan, which this year will begin in early May.