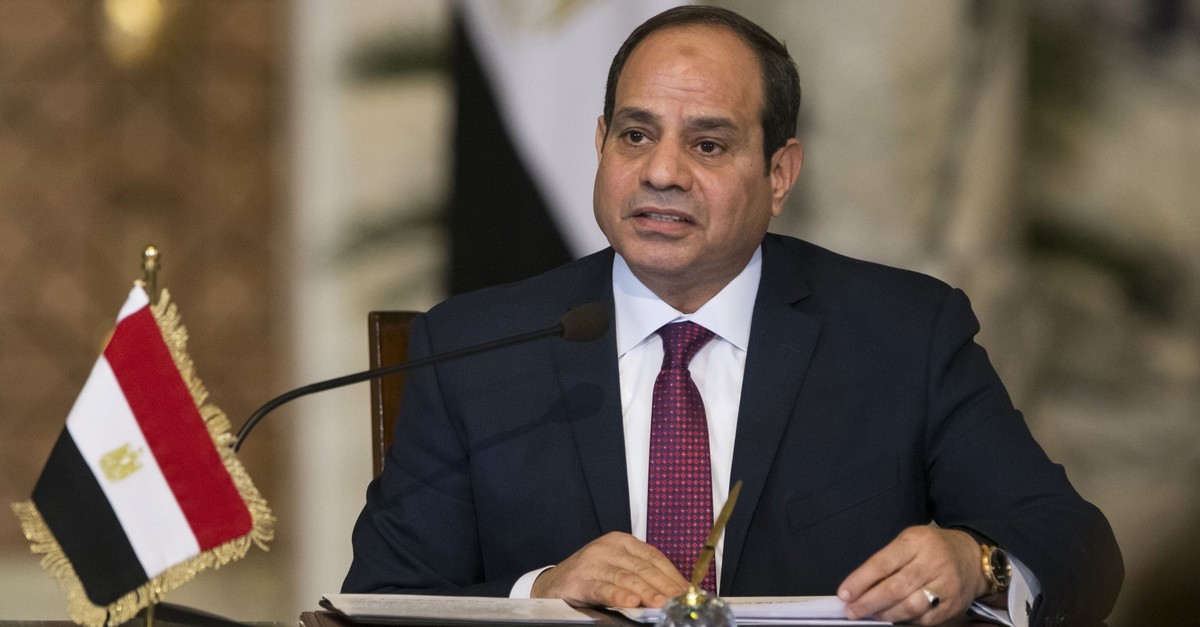 Under pressure from Egypt's pro-government media and businesspeople, voters in Egypt have approved constitutional amendments, allowing President Abdel-Fattah el-Sissi to remain in power until 2030, a move critics fear will cement his authoritarian rule eight years after a pro-democracy uprising.

El-Sissi led the military overthrow of an elected but divisive president amid mass protests against his rule in 2013 and has since presided over an unprecedented crackdown on dissent. Thousands of people, including many pro-democracy activists, have been arrested by authorities. Freedoms won in 2011, when mass protests ended President Hosni Mubarak's nearly three-decade rule, have been rolled back.

Lasheen Ibrahim, the head of Egypt's National Election Authority, told a news conference the amendments to the 2014 constitution were approved with 88.83% voting in favor, with a turnout of 44.33%. The nationwide referendum took place over three days, from Saturday through Monday to maximize turnout. Egypt has some 61 million eligible voters.

Pro-government media, business people and lawmakers had pushed for a "Yes" vote and a high turnout, with many offering free rides and food handouts to voters, while authorities threatened to fine anyone boycotting the three-day referendum.

During the last day of the nationwide referendum, packages of food, containing oil, rice, pasta and sauce were reportedly distributed by el-Sissi loyalists to encourage people to vote "yes."

"I took the packages [as a motivation] to vote... they showed me which sign I should mark [on the ballot paper]. I do not read or write," said Um Khalaf, an elderly woman from the poor neighborhood of al-Marg in eastern Cairo, while carrying two cartons of food, as reported by Deutsche Presse-Agentur (dpa).

Opposition parties had urged a "no" vote, but they have little power in parliament, which is packed with el-Sissi supporters and overwhelmingly approved the amendments earlier this month. The local media is also dominated by pro-government commentators, and the authorities have blocked hundreds of websites, including many operated by independent media and rights groups.

Two international advocacy groups — Human Rights Watch and the International Commission of Jurists — had urged the Egyptian government to withdraw the amendments, saying they placed the country on a path to more autocratic rule.

In general terms, the amendments extend a president's term in office from four to six years and allow for a maximum of two terms. But they also include a special article specific to el-Sissi that extends his current second four-year term to six years and allows him to run for another six-year term in 2024 — potentially extending his rule until 2030.

El-Sissi was elected president in 2014 and re-elected last year after all potentially serious challengers were jailed or pressured to exit the race.

Parliament overwhelmingly approved the amendments last week, with only 22 no votes and one abstention from 554 lawmakers in attendance. The national electoral commission announced the following day that voting would begin Saturday.

Since early April, the Egyptian capital had been awash with large posters and banners encouraging people to vote in favor of the changes. Most of the posters were apparently funded by pro-government parties, businessmen and lawmakers.

In Cairo's central Tahrir Square, where mass protests became the symbol of the 2011 anti-Mubarak uprising and of hopes for democratic change in Egypt, the posters urged people to vote in the referendum.

"Take part, say ... 'yes' for the constitutional amendments," said one banner near the offices of the pro-government Nation's Future Party. Most of the posters were apparently funded by pro-government parties, businessmen and lawmakers.

Trucks with loudspeakers drove around central Cairo through the three-day referendum, playing patriotic songs and urging people to vote.

Last year, el-Sissi was re-elected in a landslide election that pitted him against a single candidate, who was a self-declared loyalist to the president. Egypt under el-Sissi has waged a massive crackdown on dissent in recent years, imprisoning thousands of people and silencing almost all dissenting voices. President el-Sissi ousted the country's first democratically elected President Mohamed Morsi in a coup in 2013.

Since 2015, the number of executions in Egypt has surged to an unprecedented level, according to rights activists that are concerned that more innocent Egyptians, many of them members of the Muslim Brotherhood, will be subjected to unfair executions.

Egypt's recent executions of nine Muslim Brotherhood members have led to international condemnation from rights groups. However, Western governments chose to remain silent in the face of unfair trials amid allegations that the Egyptian authorities used torture to obtain confessions.