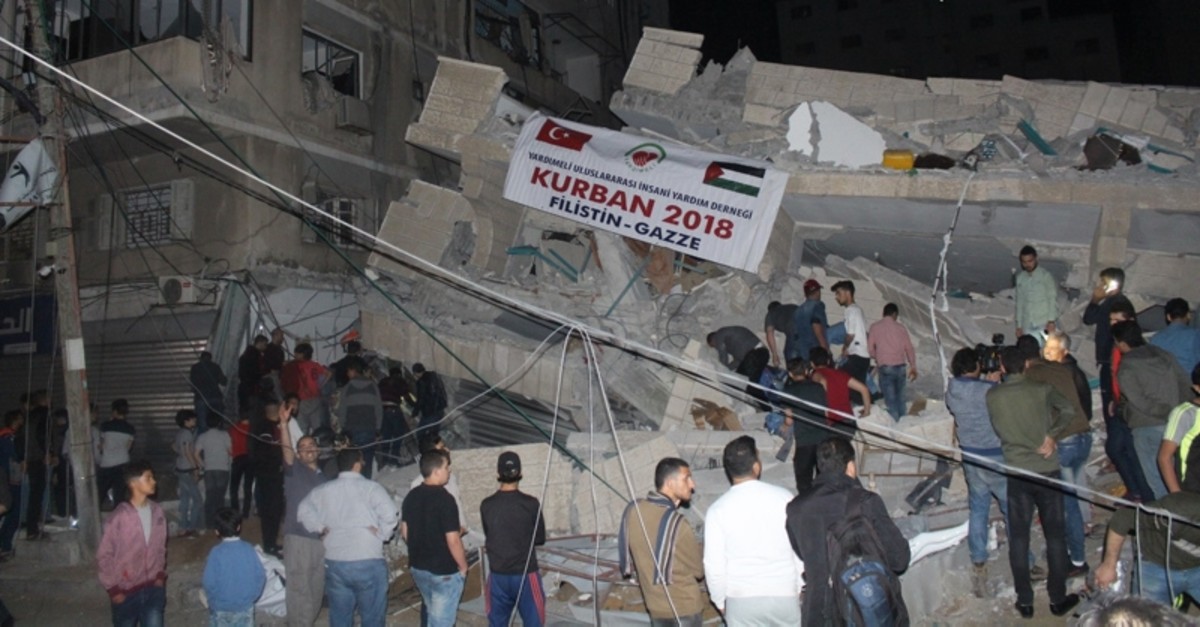 Israel wants to choke off Turkish help to Gaza, a Turkish aid group said Sunday in the wake of Israeli attacks on its office as well as the office of Anadolu Agency.

"Israel wants to cut the Turkish hand of help to the poor in Gaza," Hani al-Agha, head of the Turkish foundation Yardımeli in Gaza, told Anadolu Agency.

He added that Israel's Saturday attack on Anadolu Agency in Gaza could only be explained by a desire to silence the truth.

Sadık Danışman, the group's chairman, has condemned the attack, saying nothing could intimidate them.

"Your cowardly attack on our office won't deter our efforts. You won't be able to block Turkey's help to poor victims of Israeli aggression and oppression in Gaza," Danışman told Anadolu Agency.

Late Saturday, the offices of Anadolu Agency and Yardımeli in Gaza were razed by Israeli warplanes.

No deaths or injuries were reported in the attacks.

Since Saturday, 12 Palestinians, including a pregnant woman and her infant child, have been martyred and 47 others wounded by Israeli air strikes.

The escalation in the Gaza Strip started when four Palestinians were martyred, including a teenager, and 51 wounded on Friday in Israeli attacks on Hamas-affiliated sites and a separate attack on a rally against the decade-long occupation and siege of the Gaza Strip.