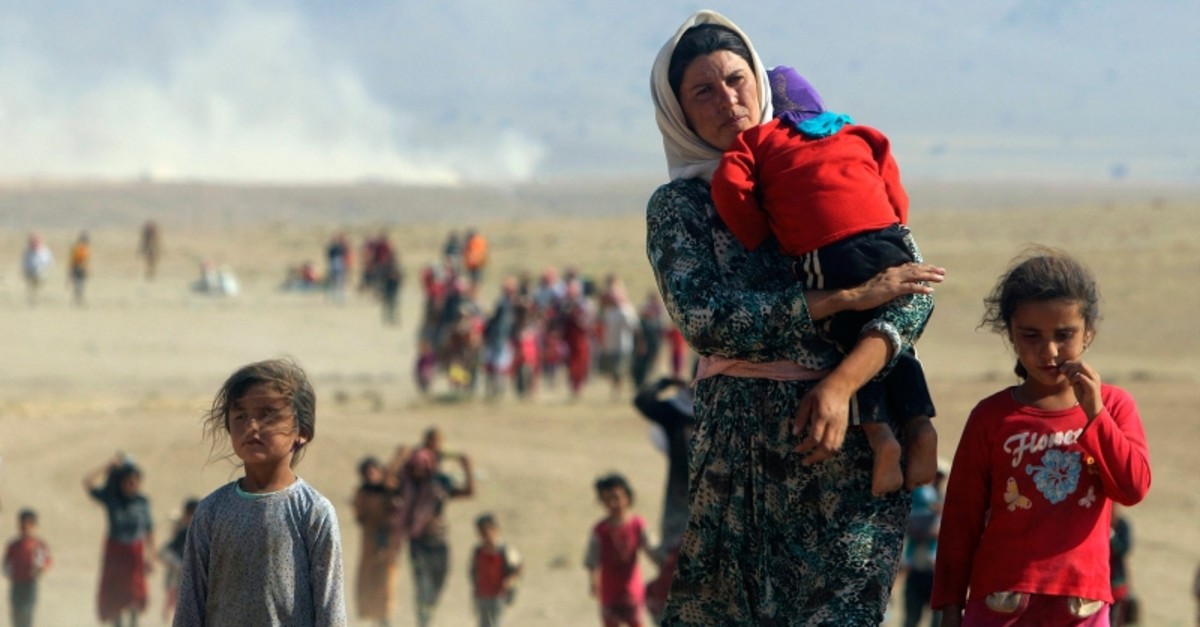 Displaced people from the minority Yazidi sect, fleeing violence from forces loyal to Daeshn Sinjar town, walk towards the Syrian border near the border town of Elierbeh of Al-Hasakah Governorate in this August 11, 2014 photo. (REUTERS Photo)
by Daily Sabah May 06, 2019 8:34 pm

The PKK terrorist group's presence in Sinjar district of Iraq's western Mosul province prevents the return of Yazidi refugees to their homes, Sinjar district governor said in a statement Monday.

District governor Mahma Khalil said the terrorist group was preventing the people who were forced to leave their homes from returning back, and urged the Iraqi government to act against the terror group and provide security and stability in the region.

Khalil said that the terror group's atrocities in the places it has taken control created a huge obstacle for the Yazidi people who have been living in refugee camps.

The PKK terrorist group managed to establish a foothold in Sinjar in mid-2014, on the pretext that it was protecting the local Yazidi community from Daesh. Since then, the PKK has reportedly established ground in Sinjar as a new base for its logistical and command-and-control activities.

Turkey has also previously called on Baghdad to clear PKK terrorists from the Sinjar region to ensure the security of both countries and strengthen the territorial integrity of Iraq.

Turkey has long been stressing that it will not tolerate terror threats posed against its national security and has called on Iraqi officials to take the necessary steps to eliminate the terrorist group. Ankara has also previously underlined that if the expected steps are not taken, it will not shy away from targeting terror threats, particularly in Sinjar.

Iraq's Kurdish Regional Government (KRG) has also previously called the PKK's presence in Sinjar unacceptable and urged the militants to leave the area.