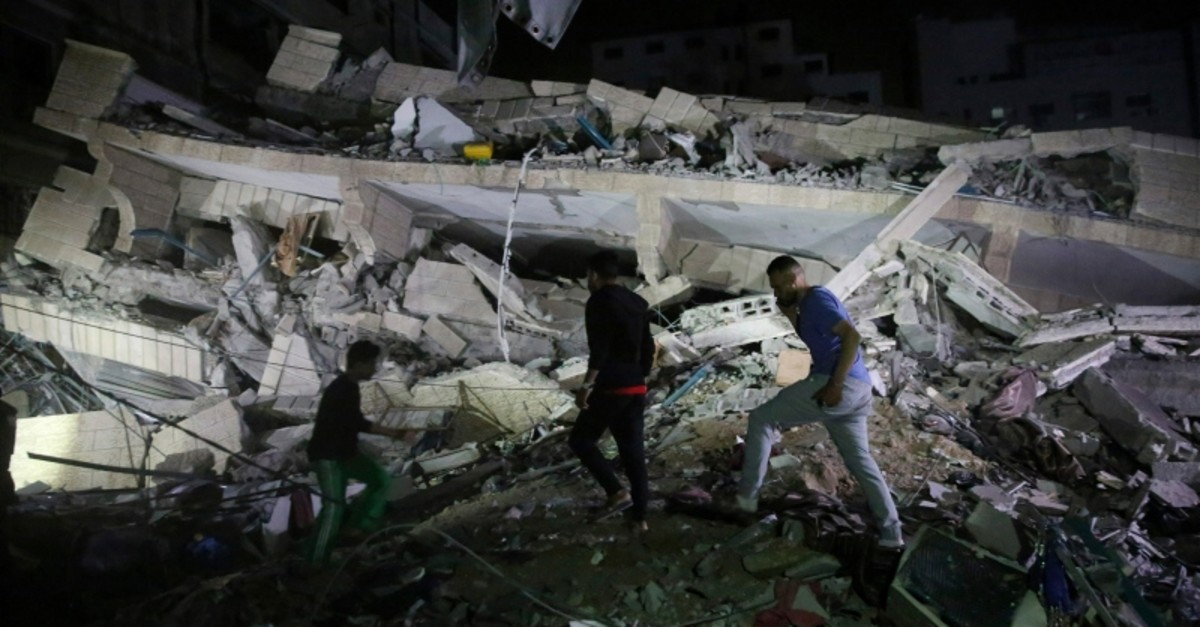 U.S. President Donald Trump on Sunday pledged full support for Israel amid ongoing airstrikes in the blockaded Gaza Strip, which left numerous civilians dead and wounded as the people prepare for the Muslim holy month of Ramadan.

"Once again, Israel faces a barrage of deadly rocket attacks by terrorist groups Hamas and Islamic Jihad. We support Israel 100% in its defense of its citizens," Trump tweeted.

Since Saturday, 25 Palestinians, including two pregnant women and two infants, were martyred and more than 100 others wounded by Israeli airstrikes.

"To the Gazan people — these terrorist acts against Israel will bring you nothing but more misery. END the violence and work towards peace - it can happen!" he said.

Some 320 sites across the blockaded Gaza Strip were targeted since Saturday by the Israeli army, according to a statement.

Avichay Adraee, spokesman of the Israeli army, claimed that reconnaissance points, underground warehouses and military centers of Hamas and Islamic Jihad were targeted.

For instance, a Twitter user posted a photo of a Ramadan decoration being hit by Israeli strikes.

"We were supposed to celebrate Ramadan in Gaza but…" Sarah Saftawi said.

We were supposed to celebrate Ramadan in #Gaza but.. pic.twitter.com/VI5Gd2V0zR

The escalation in the Gaza Strip started when four Palestinians were martyred, including a teenager, and 51 wounded on Friday in Israeli army attacks on Hamas-affiliated sites and a separate attack on a rally against the decade-long occupation and siege of the Gaza Strip.

The Israeli assaults were met by Palestinian resistance factions launching 600 rockets towards Israeli settlements, killing four people, according to Israel.