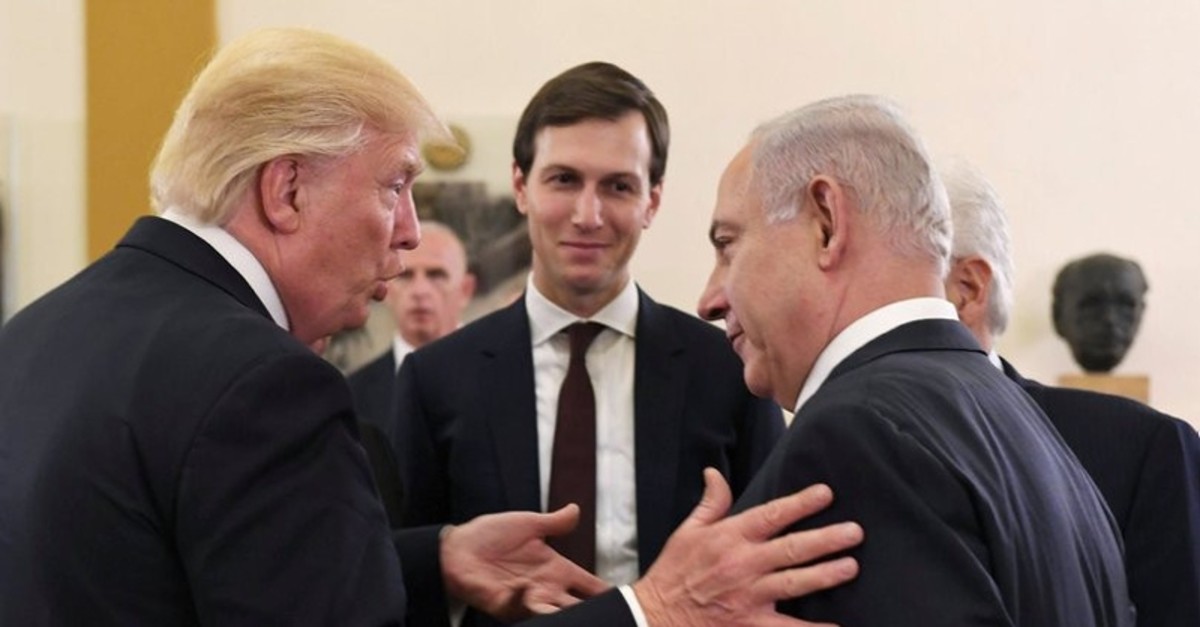 An Israeli newspaper published a document Tuesday detailing the elements of the U.S. back-channel peace plan known as the "Deal of the Century".

No American, Israeli or Palestinian authorities have confirmed the leaked document published by Israel Hayom, which is close to Prime Minister Benjamin Netanyahu. The allegedly leaked document was circulated between officials in Israel's Foreign Ministry, the paper said.

The U.S. intends to publish its plan next month.

According to the Israeli daily, the plan is made up of the following main points:

A tripartite agreement will be signed between Israel, the Palestine Liberation Organization (PLO) and Hamas. A Palestinian state called "New Palestine" will be established in Judea, Samaria (in the West Bank) and Gaza, with the exception of Israeli settlements in the West Bank.

The settlement blocs in the West Bank will remain under Israeli control and will stretch to reach other isolated settlements.

Egypt will lease new land to Palestine to construct an airport and factories and serve the commercial and agriculture sectors without allowing Palestinians to reside on this land. The borders of these lands and leasing price will be determined between the two parties through the mediation of the supporting countries.

The parties that will financially support the implementation of this agreement are the U.S., the European Union and the oil-producing Gulf states.

The supporting countries will provide a budget of $30 billion over five years for national projects in the new Palestine.

The budget will also include the cost of connecting Jewish settlements and large settlements to Israel.

The U.S. will pay 20% of the cost for such projects and the EU 10%, while oil-producing Gulf states will fund 70%, which will be determined by oil revenues of the countries.

Most of the financial support burden will fall on the oil-producing countries because they will be the main beneficiaries of this agreement.

The new Palestine will not be allowed to create an army. The only weapons it will be allowed to possess will be light weapons for the police.

A protection treaty would be signed between Israel and New Palestine under which it will pay Israel to defend it from foreign aggression.

The cost of this payment must be determined in negotiations between the parties which would be mediated by the supporting states.

7. Timelines and stages of implementation

When signing the agreement: