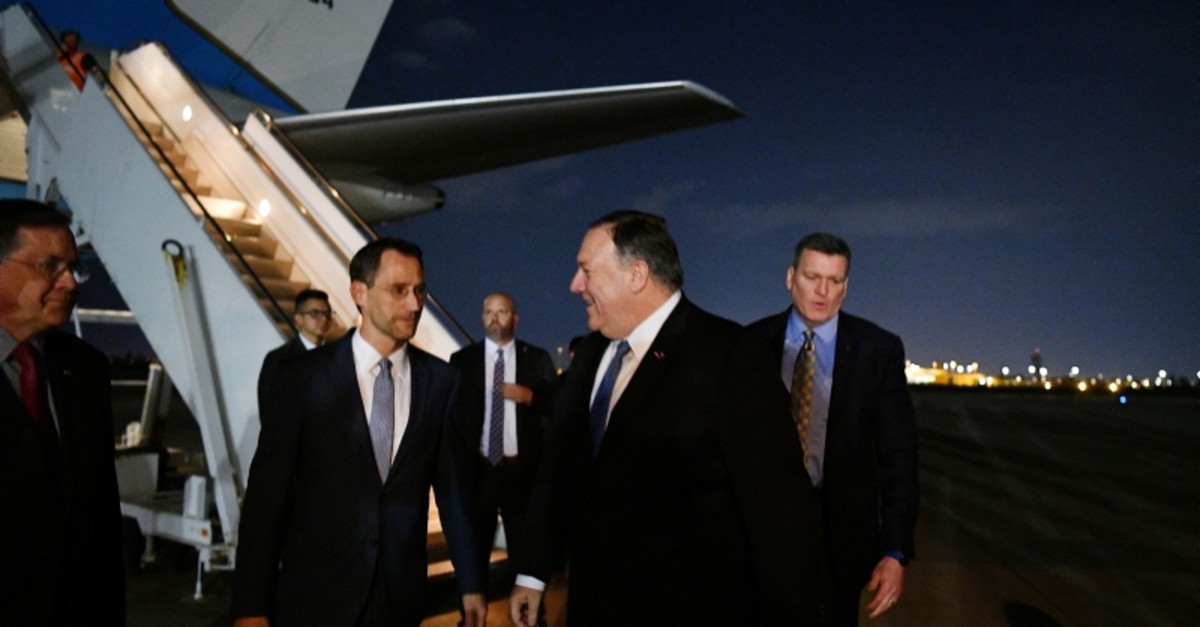 U.S. Secretary of State Mike Pompeo made an unannounced visit to Baghdad on Tuesday and met with the Iraqi prime minister and other senior officials after voicing U.S. concern about Iraqi sovereignty due to increasing Iranian activity in the region.

The visit came two days after U.S. national security adviser John Bolton said the United States was deploying the aircraft carrier USS Abraham Lincoln and its strike group to the region as well as a bomber task force because of a "credible threat by Iranian regime forces."

Washington has ramped up sanctions pressure on Iran over its nuclear program in recent months and listed the Iranian Revolutionary Guard Corps as a terrorist group.

"I wanted to go to Baghdad to speak with the leadership there, to assure them that we stood ready to continue to ensure that Iraq is a sovereign, independent nation," Pompeo told reporters en route to Baghdad to meet with Iraqi Prime Minister Adel Abdul Mahdi.

Asked if there was a threat to the Baghdad government from Iran that raised U.S. concerns about Iraqi sovereignty, Pompeo said, "No, no, generally this has been our position since the national security strategy came out in the beginning of the Trump administration."

An Iraqi government source confirmed the meeting with Abdul Mahdi but did not elaborate on the details.

Speaking with reporters ahead of his meeting with the Iraqi leaders, Pompeo also said he would have an opportunity to discuss pending business accords with Iraqi officials, including "big energy deals that can disconnect them from Iranian energy."

"I will obviously talk about the security situation there, and the forces that we have in Iraq as well, ensure that we continue to support the Iraqi security forces, the ISF, and can train them, professionalize them, so that the new leadership there in Iraq can have security control inside of the country," Pompeo said.