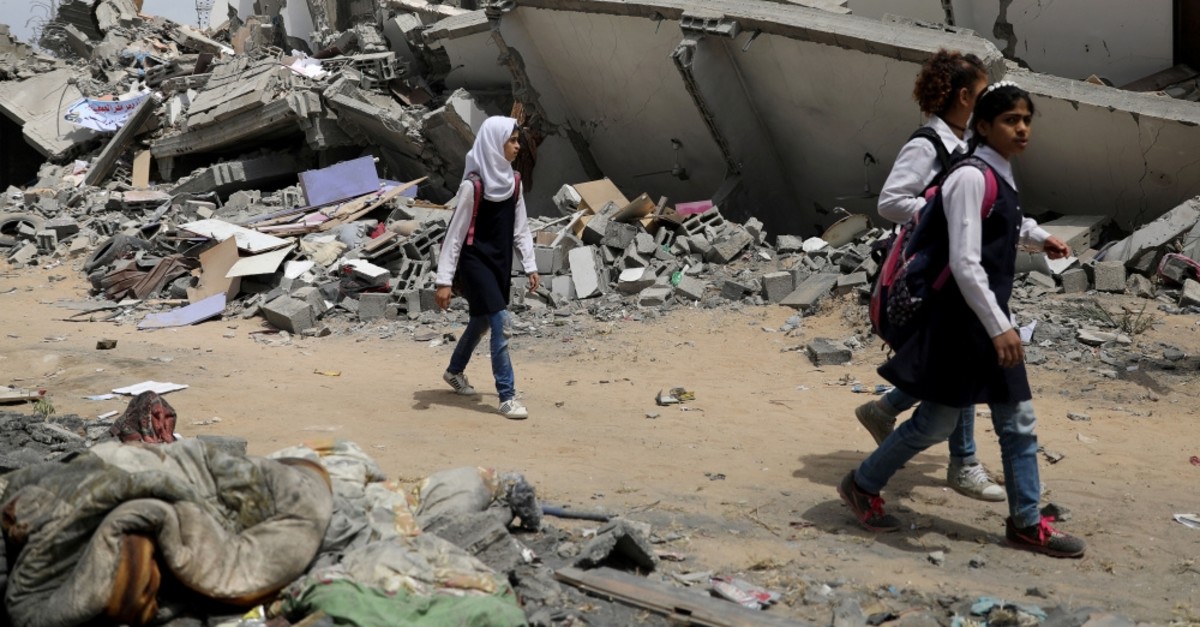 Israeli and Palestinian officials announced that they have reached a truce that includes Hamas receiving a considerable amount of funding from Qatar, though many fear the peace may not last

Israeli and Palestinian officials have reached an agreement following deadly clashes in Gaza Strip. The incidents, which started with the wounding of two Israeli soldiers near the Gaza border during protests and continued with Israel's aggression, came to an end as of late Monday, but it is not clear whether the truce will continue. Israel carried out aerial attacks over the weekend and killed a senior Hamas official. Moreover, the Israeli army also destroyed a building where the Turkish Anadolu Agency (AA) was based. As many as 350 targets were attacked by the Israeli army. In return, Hamas and the Islamic Jihad group fired rockets into Israeli territory.

There was fear that Israeli aggression would continue and lead to the deaths of hundreds or more since Gaza has witnessed such incidents before, especially in 2014 when over 2,000 civilians were killed. However, thanks to the mediation of Egypt and the United Nations, Palestinian and Israeli officials declared a truce. Israeli media and The National's Washington correspondent Joyce Karam reported the conditions as follows: Hamas would get $30 million from Qatar immediately, with the money transfer to be made very soon; Israel may open the borders; Hamas will rein in Islamic Jihad; the regular Friday protests will be scaled down and held somewhere away from the border and protesters will be banned from launching balloons. The amount that will be given by Qatar will be up to $480 million, according to Turkish media. An Islamic Jihad official, speaking to the news agencies, also confirmed that there was a truce and that it was based on Israel easing the blockade. Among the steps being taken were the relaxing of limits on fishing and improvements in Gaza's electricity and fuel situation, the official said.

In fact, Israel and Hamas were close to a permanent solution last year and made a deal, according to Israeli media. Several steps were to be taken for the sake of peace and stability. The first phase of the deal went into effect in mid-August, enabling the reconstruction of Gaza Strip under Qatari sponsorship as well as a prisoner swap, a very sensitive issue for Israel. The deal included a would-be comprehensive cease-fire with Israel stopping aerial and border attacks, while Hamas would refrain from sending burning kites or firing missiles, generally made of any material available. Second, Gaza's border would be reopened as Gaza residents are trapped on the tiny strip of land. The fishing zones for Gaza's fishermen would be expanded. Due to regional and internal disputes, Gaza residents are forced to live in terrible conditions. Thousands suffer from food shortages and infrastructural problems. The conditions in the hospitals are also worrying, as much of the medical equipment needed is not allowed in.