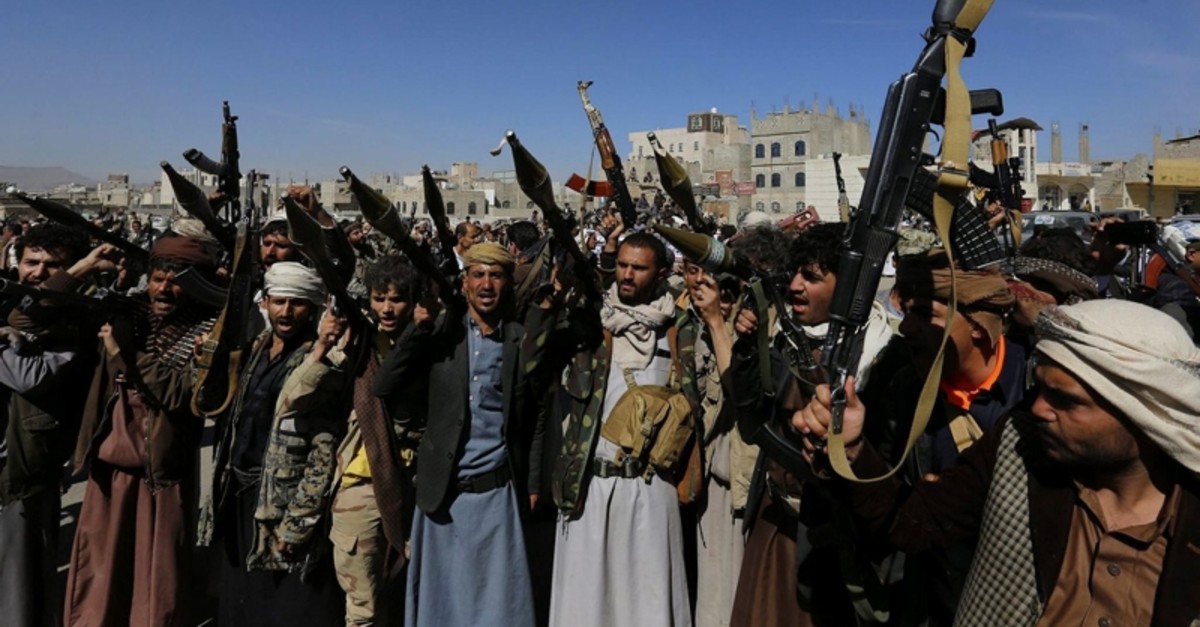 Yemen's Houthi group on Saturday began a long-delayed withdrawal of forces from the port facility in the key city of Hodeida, the group said, following the terms of a December cease-fire aimed at alleviating the world's worst humanitarian crisis.

Mohammed Ali al-Houthi, the head of the Houthi's Supreme Revolutionary Committee, said the pullout from Hodeida, as well as the two smaller ports of Salif and Ras Issa, started at 10 a.m. (0700 GMT).

The U.N. confirmed a withdrawal by Yemen's Houthi group from three Red Sea ports had begun Saturday, while a senior pro-government official accused the rebels of faking the pullout.

"Yes, it has begun," said U.N. spokesman Farhan Haq, when AFP asked whether redeployment of Houthi troops was underway.

The country's bloody civil war erupted in September 2014, when Houthi rebels swept into the capital city of Sanaa. A Saudi-led coalition soon intervened to back the government of President Abed Rabbo Mansour Hadi. The cease-fire in Hodeida, which halted months of heavy fighting in the city, called for the mutual withdrawal of rebel and government forces from the city's port, and the two smaller ports in the province.

Sadek Dawad, a government negotiator, said he welcomed the "first step of the first phase of redeployment" of rebel forces in the area. He urged the U.N. to verify and watch the pullout. He also called for the removal of land mines laid by the Houthis.

The information minister of Yemen's internationally recognized government, Moammer al-Iryani, warned of "attempts by the (Houthi) Militia to mislead" the U.N. Security Council before an expected meeting next week.

"Any unilateral spread not allowing the principle of control and joint verification of the implementation of the terms of the Sweden agreement is dodging and cannot be accepted," he said.

Hodeida is the main international entry point for 70 percent of imports and humanitarian aid to Yemen, where the four-year civil war has killed an estimated 60,000 people and pushed much of the country to the brink of famine. Nearly two thirds of Yemenis are in need of some sort of aid and 3 million displaced. Thousands have died of malnutrition, preventable diseases and epidemics.

British Foreign Minister Jeremy Hunt welcomed the Houthi pullout from the ports. "We appear to be approaching implementation of the mutual redeployment of forces - a key step to ending this brutal war," he tweeted.

Kurt Tjossem, the International Rescue Committee's regional director for the Horn and East Africa, said in a statement "it is crucial that the force redeployments move forward and are verified and are followed by sustained commitment by all parties to make good on their Stockholm obligations."

An official from the internationally recognized government said officials would meet with the head of the U.N. operation monitoring the cease-fire, Lt. Gen. Michael Lollesgaard, later Saturday. The official spoke on condition of anonymity as he was not authorized to speak with the media.

Lollesgaard said Friday that the Houthis' withdrawal from the three ports marked the first practical step toward realizing the cease-fire. He added that the Houthis must commit to following fully through with the redeployment, which is expected to take place over three days.

The U.N.-brokered deal was vague on who will control Hodeida's strategic ports after the sides withdraw, saying a "local force" would take over without specifying further.

The pullout was scheduled to take place two weeks after the cease-fire went into force on Dec. 18. But a lack of trust between the government and the Houthis hampered agreement on details of the withdrawals. Each side has accused the other of violating the Hodeida cease-fire, and fighting has continued in other parts of the country.

The agreement in Sweden also included a prisoner exchange between the two sides, which has yet to be carried out.

Also on Saturday, fighting continued in the southern Dhale province, which had been under the control of forces loyal to the internationally recognized government.

The Houthi's Health Ministry said in a statement an airstrike by the Saudi-led coalition killed six children and a woman in the district of Qaaraba. The statement said the airstrike also wounded 17 people, including 11 children.

A spokesman for the Saudi-led coalition didn't respond to calls seeking comment.

Rebel incursions into Dhale started in April, and it was was in part aided by ongoing feuding between government fighters and those backed by the United Arab Emirates, which is part of the Saudi-led coalition