Concerns grow over risk of conflict in Strait of Hormuz 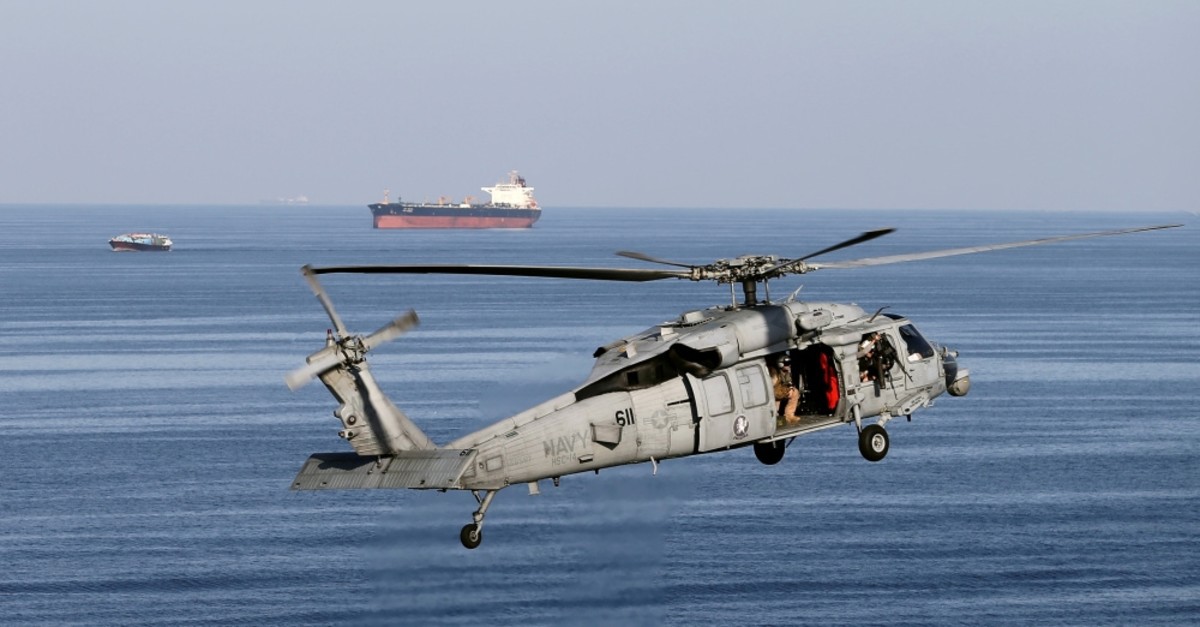 The U.S.' Arab allies, Saudi Arabia and the United Arab Emirates, stoked fears of a risky conflict between Iran and the U.S. after ‘sabotage attacks' in the Persian Gulf's Strait of Hormuz

Amid soaring tensions in a region already shaken by a standoff between the U.S. and Iran, Saudi Arabia, Washington's closest Arab ally expressed support for the United Arab Emirates (UAE), following attacks targeting two Saudi tankers and two other vessels off the UAE coast, not far from the vital Strait of Hormuz.

Saudi Arabia said Monday that two Saudi oil tankers were among vessels targeted in a "sabotage attack" off the coast of the UAE, condemning it as an attempt to undermine the security of global crude supplies.

On Sunday, the UAE said that four commercial vessels were sabotaged near Fujairah, one of the world's largest bunkering hubs lying just outside the shipping channel. It did not say who was behind the operation, which took place amid heightened tensions in the region.

Iran's foreign ministry called the incidents "worrisome and dreadful" and asked for an investigation. According to a statement on the ministry's website, Tehran also called for "the vigilance of regional states in the face of any adventurism by foreign elements."

"Referring to the negative impact of these incidents on shipping safety and maritime security, he warned against plots by ill-wishers to disrupt regional security," the ministry statement read.

The oil route has become central to the mounting tensions between the U.S. and Iran. Lately, in July 2018, President Hassan Rouhani hinted that Iran could disrupt oil flows through the strait in response to U.S. calls to reduce Iran's oil exports to zero. A Revolutionary Guards commander also said Iran would block all exports through the strait if Iranian exports were stopped.

The U.S. has already strengthened its military presence in the region, including deploying a number of strategic B-52 bombers in response to alleged Iranian threats. Last week, The U.S. also sent the USS Abraham Lincoln aircraft carrier to the Persian Gulf in response to unspecified threats by Iran and Iran threatened to renew some nuclear enrichment that had been halted under the 2015 nuclear deal.

Relations between Tehran and Washington took a turn for the worse last May when the U.S. president pulled out of a 2015 nuclear deal between Iran and six world powers and reimposed sanctions.

Washington has tightened sanctions on Iran this month, eliminating waivers that had allowed some countries to buy its oil, with a goal of reducing Tehran's crude exports to zero. Iran has responded by scaling back some curbs on its nuclear program, although it remains compliant with a deal to restrict its nuclear activity which Washington abandoned a year ago. The U.S. administration also blacklisted Iran's elite Revolutionary Guard Corps as a terrorist organization.

In a tit-for-tat response to Washington's decision, Iran accused the U.S. government of supporting terrorism and recognized CENTCOM as a terrorist organization and vowed to take action against U.S. forces in the region. The Strait of Hormuz, a vital shipping route linking Middle East oil producers to markets in Asia, Europe, North America and beyond, has been at the heart of regional tensions for decades.

The U.S. Energy Information Administration estimated that 18.5 million barrels per day (bpd) of seaborne oil passed through the waterway in 2016. That was about 30 percent of crude and other oil liquids traded by sea in 2016. About 17.2 million bpd of crude and condensates were estimated to have been shipped through the Strait in 2017 and about 17.4 million bpd in the first half of 2018, according to oil analytics firm Vortexa. With global oil consumption standing at about 100 million bpd, that means almost a fifth passes through the strait.

Most crude exported from Saudi Arabia, Iran, the UAE, Kuwait and Iraq, all members of OPEC, is shipped through the waterway. It is also the route used for nearly all the liquefied natural gas (LNG) produced by the world's biggest LNG exporter, Qatar.