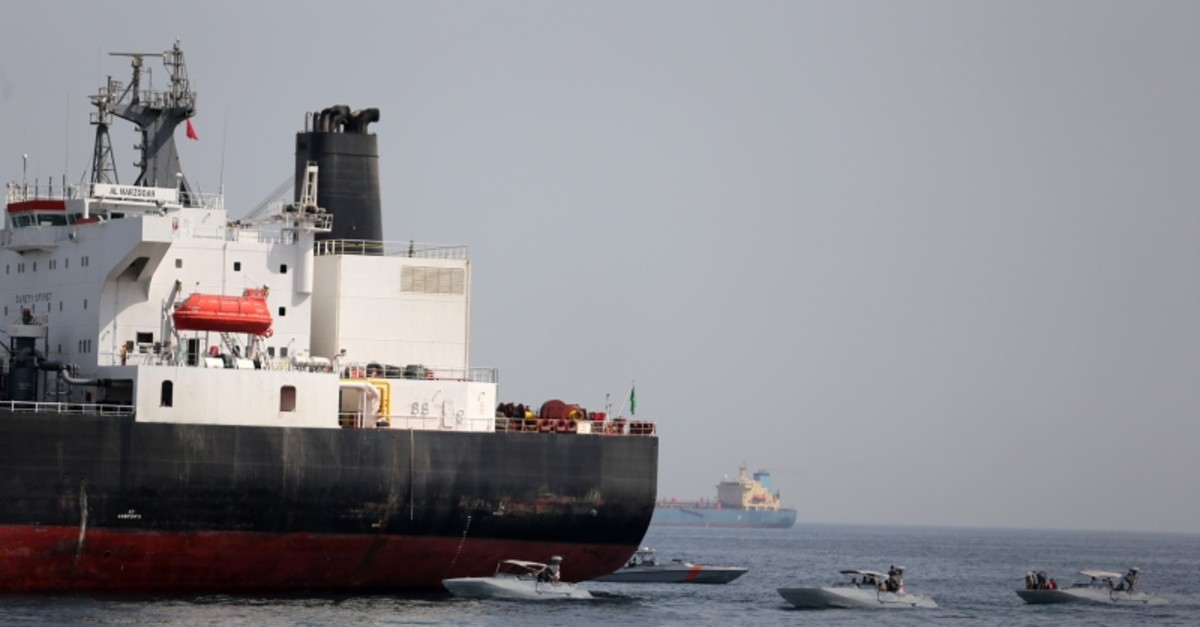 An American military team's initial assessment is that Iranian or Iranian-backed proxies used explosives Sunday to blow large holes in four ships anchored off the coast of the United Arab Emirates, a U.S. official said Monday.

The official said each ship has a 5- to 10-foot hole in it, near or just below the water line, and the team's early belief is that the holes were caused by explosive charges. The team of U.S. military experts was sent to investigate the damages at the request of the UAE, but American officials have not provided any details about what exactly happened or any proof as yet about the possible Iranian involvement in the explosions.

The official was not authorized to discuss the investigation publicly and spoke on condition of anonymity.

Gulf officials have characterized the damage to the tankers as sabotage. Two Saudi oil tankers, a Norwegian-flagged vessel, and a bunkering tanker flagged in Sharjah, one of the UAE's seven emirates, all suffered similar damage Sunday.

The U.S. has warned ships that "Iran or its proxies" could be targeting maritime traffic in the region, and America has moved additional ships and aircraft into the region.

The incident comes after months of increasing diplomatic and economic pressure on Iran, which the U.S. accuses of threatening American interests and allies in the region, including Saudi Arabia and the UAE.