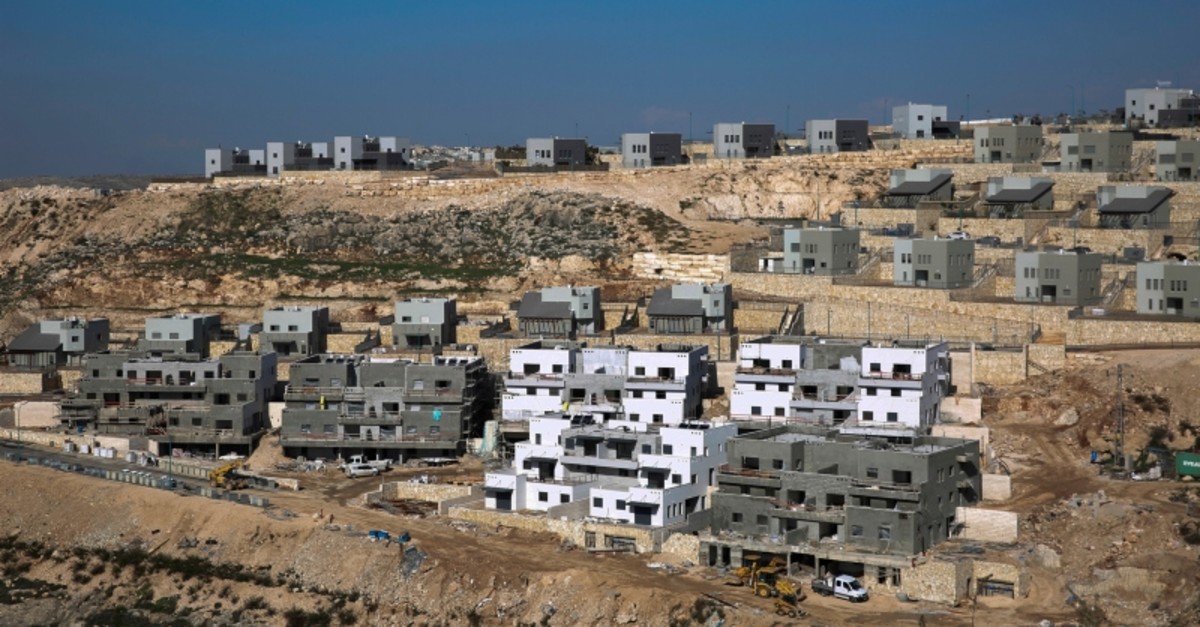 The American news agency scoured Israeli government data finding a 39% increase in 2017 on settlement infrastructure spending across the West Bank.

That is the highest level in 15 years of Israeli Finance Ministry data, according to The AP. Only the first half of the data was available for 2018, and spending in occupied East Jerusalem was not included.

Former President Barack Obama -- a critic of Israeli settlement construction -- was filling out the last year of his term in 2017 as Trump and other hopeful vied to be his successor.

A researcher with the Peace Now monitoring group told The AP that following Trump's election the Israeli government "are not shy anymore with what they are doing."

"They feel more free to do whatever they want," Hagit Ofran said.

Israel has settled nearly two-thirds of a million people in the West Bank and East Jerusalem, territories it occupied following the 1967 Six-Day War.

The settlements are illegal under international law, a fact Palestinians regularly point to in contesting their legitimacy. Critics contend they are the foundation for the future annexation of either parts of the West Bank and East Jerusalem or the entirety of the territories.

Palestinians are seeking East Jerusalem as the capital of their future state, which would also include the West Bank and the Gaza Strip, though exact borders were to be agreed upon in bilateral negotiations with Israel.

Palestinian Foreign Minister Riyad al-Maliki told the UN last week there are more than 600,000 Israeli settlers currently living in the West Bank, insisting Israel is intent on annexing the areas where they live, but maintained the Palestinian government is committed to brokering a two-state solution through dialogue.

"Despite this ongoing injustice, we remain committed to peace and the rule of international law. Why? Because it is the only way forward," he said.

Most of the new surge in spending has been allocated to new road construction and the building of schools, the AP's analysis found.

That is telling, said Ofran, the Peace Now researcher.

For her, new road construction is a way of enticing new people to come to the occupied territories by offering easier commutes and a higher quality of life.

"We see it very immediately, after the opening of a road, a big boom in construction along the road," she told The AP. "I think the investments we have these years in the roads are dramatic and will allow the expansion of settlements dramatically. That is very much worrying."