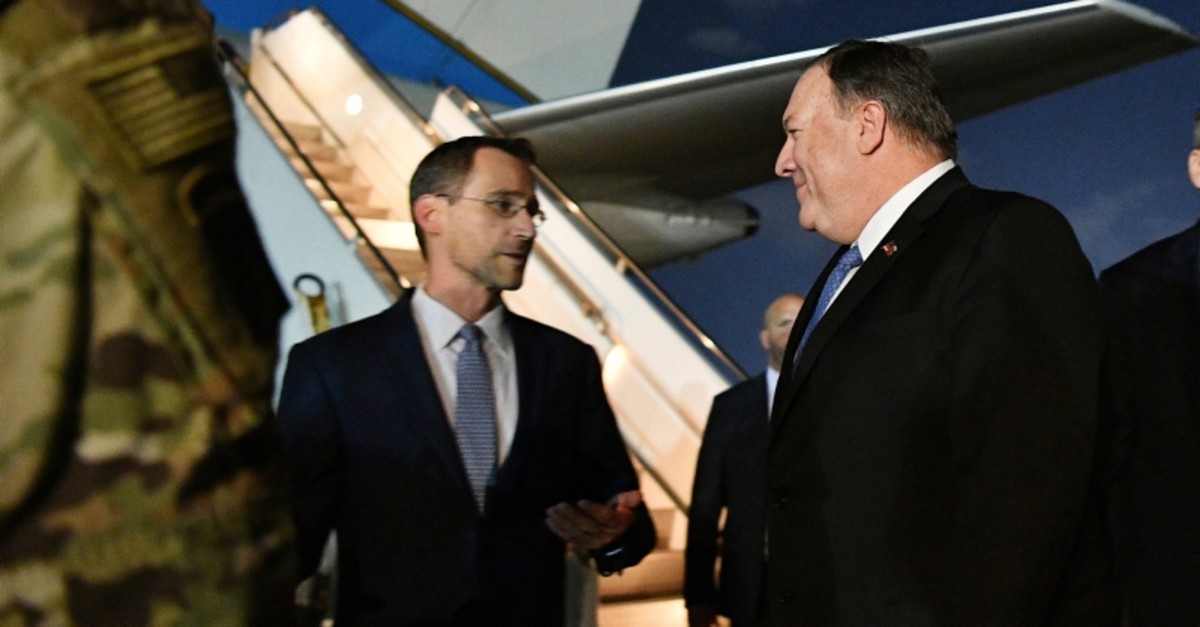 In this May 7, 2019 photo, Secretary of State Mike Pompeo, center, talks with Charge D'affaires at the US Embassy in Baghdad Joey Hood, left, after he arrived in Baghdad, for meetings. (AP Photo)
by Compiled from Wire Services May 15, 2019 11:31 am

The U.S. Embassy in Iraq said Wednesday the State Department has ordered all non-essential, non-emergency government staff to leave the country right away amid escalating tensions with Iran.

The alert, published on the embassy's website on Wednesday, comes after Washington last week said it had detected new and urgent threats from Iran and its proxy forces in the region targeting Americans and American interests.

The order covers non-emergency employees at the U.S. embassy in Baghdad and the U.S. consulate in Irbil in Iraq's autonomous region of Kurdistan, the embassy added in a statement.

"Normal visa services will be temporarily suspended at both posts," the mission added.

The order comes a day after the U.S. Central Command said that U..S forces in Iraq and neighboring Syria had been placed on high alert level following "credible threats" from Iranian forces in the region.

"As a result, OIR is now at a high level of alert as we continue to closely monitor credible and possibly imminent threats to U.S. forces in Iraq."

OIR is the U.S. name given to joint military operations against the Daesh terrorist group in Iraq and Syria.

Urban also contradicted an earlier statement by Major General Chris Ghika, a British spokesman and deputy commander for the task force who told reporters, "There has been no increased threat from Iranian-backed forces in Iraq and Syria."

"Recent comments from OIR's deputy commander run counter to the identified credible threats available to intelligence from U.S. and allies regarding Iranian backed forces in the region," Urban said.