Trump says 'hopes' US not going to war with Iran 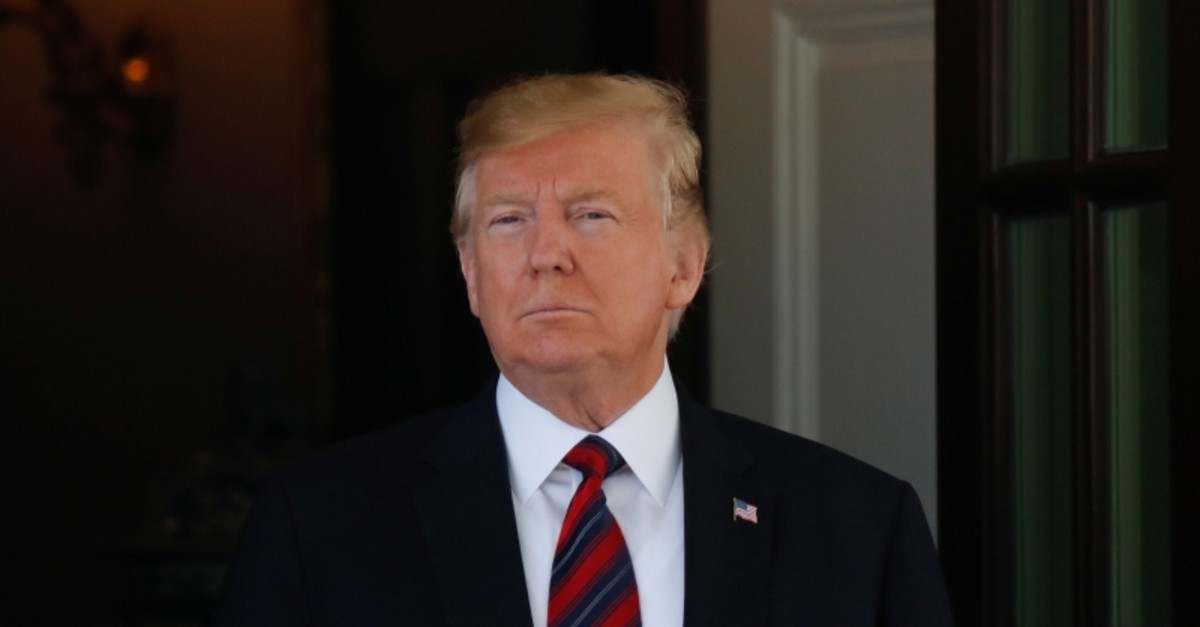 U.S. President Donald Trump awaits the arrival of Swiss Federal President Ueli Maurer at the White House in Washington, U.S., May 16, 2019. (Reuters Photo)
by Compiled from Wire Services May 16, 2019 7:58 pm

U.S. President Donald Trump said on Thursday he hoped the United States was not heading to war with Iran as he prepared to meet with Switzerland President Ueli Maurer, whose nation has served as a diplomatic conduit between the two countries.

Asked if Washington was going to war with Tehran, Trump told reporters he "hope not" as he greeted Maurer at the White House.

Tensions have escalated in recent days with increasing concerns about a potential U.S.-Iran conflict. Earlier this week the United States pulled some diplomatic staff from its embassy in Baghdad following weekend attacks on four oil tankers in the Gulf.

Switzerland, a neutral country, has historically been a liaison between the United States and Iran which have no diplomatic relations.

The Washington Post, citing unnamed U.S. officials, reported late Wednesday that Trump preferred a diplomatic route with Iran and direct talks with its leaders but worried that some of his advisers were pushing war.

U.S. House Speaker Nancy Pelosi on Thursday welcomed what she called Trump's lack of "appetite" for military conflict with Tehran.