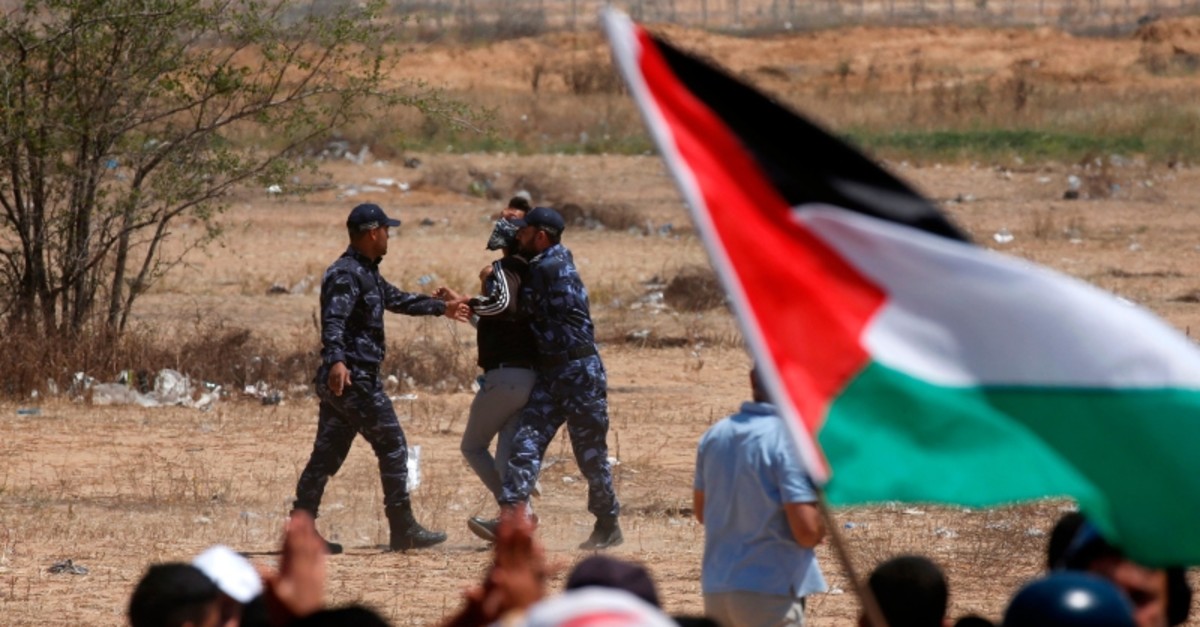 Palestinian Hamas police block protesters from reaching the border fence east of Khan Yunis in the southern Gaza Strip on May 15, 2019 (AFP Photo)
by Anadolu Agency May 20, 2019 11:01 pm

Hamas spokesman Fawzi Barhoum denied the reported terms of the cease-fire in a statement.

"The ceasefire between the Palestinian resistance and the occupation was in exchange for Israel commitment to implement all the understandings," he said.

The news channel had reported that Hamas has agreed to end clashes with Israeli army near the Gaza-Israel buffer zone.

"It also agreed to keep a 300 meter distance from the security fence and to end night protests," the channel said.

Since the Gaza rallies began in March of last year, nearly 270 demonstrators have been killed -- and thousands more injured -- by Israeli troops deployed near the buffer zone.

Israel in turn agreed to widen the Gazan fishing zone to 15 nautical miles and ensure the transfer of medicine and civic aid to the blockaded strip, the report added.